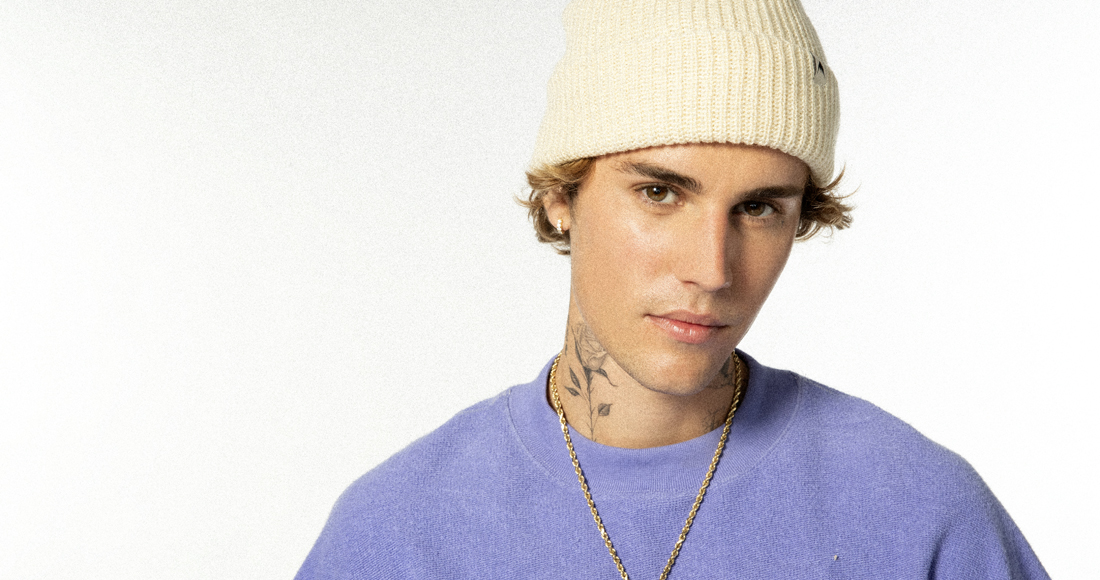 With just over ten incredibly successful years in music under his belt, it's easy to forget that Justin Bieber is still a young player in pop at 27 years old.

He was the original YouTuber rags-to-riches star, discovered by his still-manager Scotter Braun and signed to Usher's record label RBMG. R&B-flavoured pop quickly became his signature sound, helmed by some of the world's biggest producers at the time, including The-Dream, Darkchild and Tricky Stewart.

11 years on, and with 54 UK Top 40 songs (including seven Number 1s) to his name, Justin releases his sixth studio album Justice this week, trailed by a run of hits including Holy, Lonely, Anyone and Hold On that signal a maturing in both production and lyrics, touching on the current turbulent times.

In the UK, Justin's singles from 2015's Purpose album rank among his most popular. According to Official Charts Company data, combining paid-for sales and streaming equivalent sales, Number 1 hit Sorry is his second biggest track with 2.8 million chart sales, made up of 225 million streams and 742,000 pure sales.

Two more Purpose singles follow close behind on his all-time Top 40: Love Yourself in third (2.7 million) and the album's lead release What Do You Mean in fourth (2.33 million). All three songs reached Number 1 on the Official Singles Chart and earned Justin a record as the only artist in UK chart history to occupy Numbers 1, 2 and 3 on the singles chart in the same week.

Justin has been a keen collaborator throughout his career, teaming up with the likes of Ludacris, DJ Khaled, Nicki Minaj, David Guetta and Major Lazer. His biggest song overall in the UK is also a collaboration; his 2017 team-up with Luis Fonsi and Daddy Yankee on Despacito, with 3.47 million UK chart sales. Justin jumped on a remix of the Spanish-language song three months after its original release after he saw the response to it in a Colombian nightclub. The result was an 11-week UK Number 1 and the second biggest song of 2017.