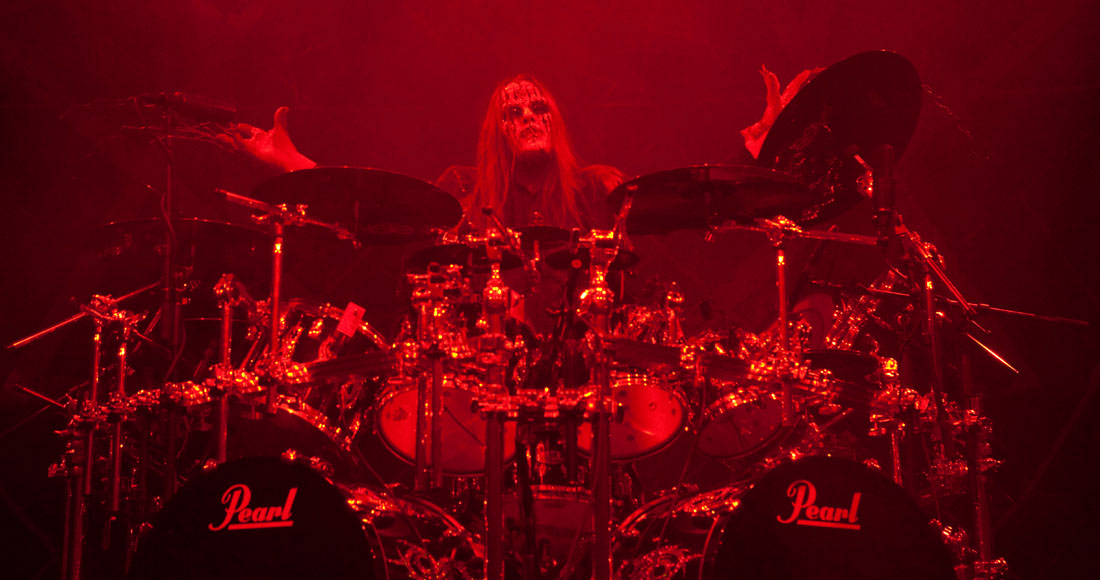 Slipknot have paid tribute to their founding member and former drummer Joey Jordison, who has died aged 46.

The musician died in his sleep, his family said in a statement, asking for "peace and privacy" at this time. No cause of death has been given.

On social media, Slipknot shared a black square as a sign of mourning for their founding member.

Born in Des Moines, Iowa, Jordison co-founded The Pale Ones, who became Slipknot in 1995, along with Shawn Crahan and bassist Paul Gray.

He featured on the heavy metal band’s first release, Mate. Kill. Feed. Repeat, and their self-titled debut album, which went platinum in the UK and entered the Official Albums Chart Top 40. Their follow-up, 2001's Iowa, landed at Number 1.

Jordison remained the band's drummer until 2013, and in later years, revealed he left after being diagnosed with transverse myelitis, a form of multiple sclerosis that made it difficult to play.

Tributes from the rock and metal world have poured in for Jordison, including messages from Papa Roach, Trivium, Royal Blood and Skunk Anansie.

Shit. RIP to the brother Joey Jordison. Love you brother.

We are saddened by the news of the passing of our friend Joey Jordison. A great musician and person has left us. Sending our love to his family. R.I.P pic.twitter.com/a185j4rJbQ

Sad to hear the passing of Joey Jordison. His drumming in @slipknot inspired me as a teenager, as it did to many other drummers my age. I’d spend a lot of time jamming that first album in the school music room. RIP.

RIP @thejoeyjordison One of the most ferocious and entertaining bands we ever played with. What a drummer! Rock has lost another legend 💔 #joeyjordison #slipknot https://t.co/CfQy6Pjn5T