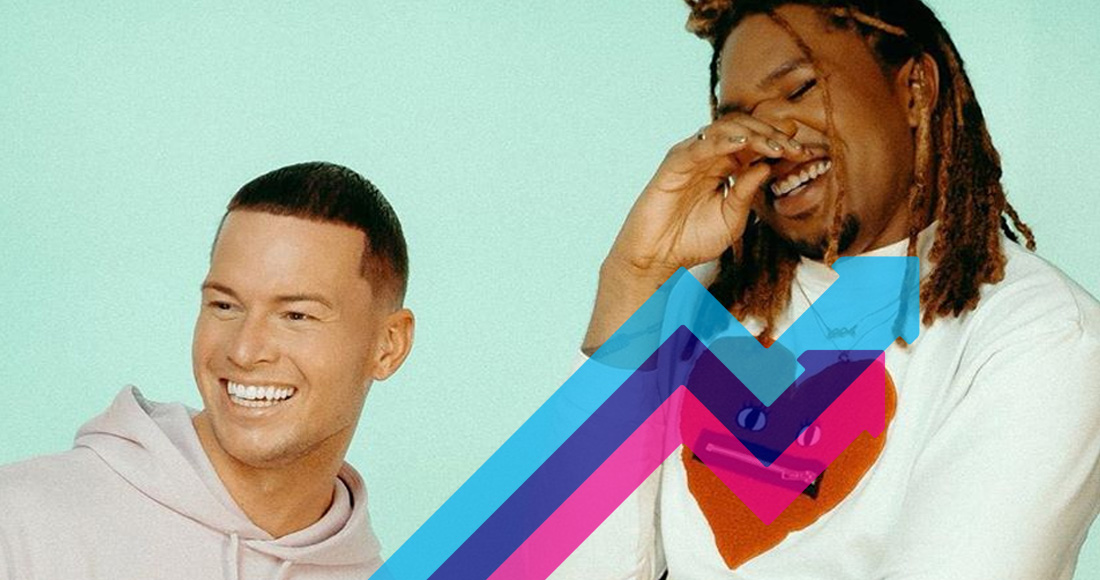 Joel Corry is well on his way to scoring a hat-trick of hits as his latest single Head & Heart ft. MNEK rises to Number 1 on the Official Trending Chart.

The exceptionally catchy summer hit debuted at Number 15 last week - Joel's highest opening week in the UK so far - and is set to leap into the Top 10 on the Official Singles Chart this Friday (July 17).

If it stays on course it'll mark a third Top 10 for Joel in the space of less than a year. His first was Sorry in August 2019, peaking at Number 6, and Lonely, which peaked at Number 4 in April. View Joel Corry's Official Chart history in full here.

For MNEK, it's his first Top 20 performance since 2017, when he reached Number 7 on Stormzy's Blinded By Your Grace Pt. 2. See where all of MNEK's Top 40 hits have charted here.

MNEK is also the songwriting and/or production genius behind loads of huge chart hits from the likes of Little Mix, Beyoncé, Kylie Minogue, Madonna and more, earning two additional Top 40 songs this year alone: Tequila by Jax Jones, Martin Solveig and Raye, and Becky Hill and Sigala's Heaven on my Mind, which also features on this week's Trending Chart having climbed ten places midweek.

Head & Heart has already racked up 3.2 million audio and video streams to date in the UK, with more certain to come over the coming weeks as the summer rolls on.

Elsewhere on the Official Trending Chart, Juice Wrld takes two spots with Come & Go ft. Marshmello and Life's A Mess ft. Halsey, both of which on the rapper's new posthumous album Legends Never Die. The collection is battling for Number 1 on this week's Official Albums Chart with The Streets.