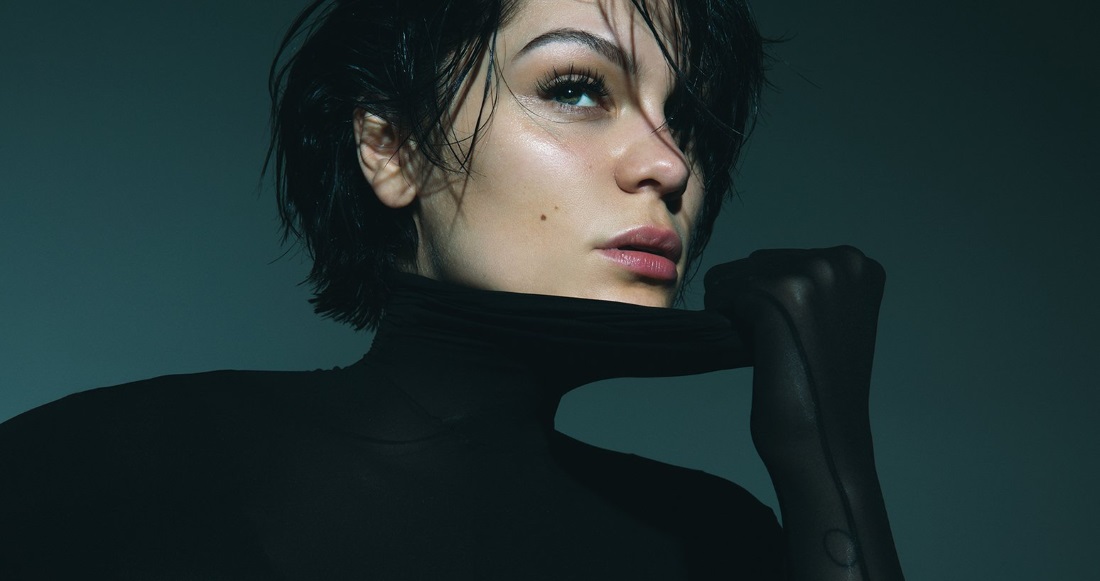 Jessie J is frank about the fact that the singles from upcoming album, R.O.S.E, are probably not what her fans or the public will expect from her: "If I keep on going down this road of just putting out songs that I haven’t written, in a genre that isn’t really dear to my heart, I’m kinda treading dangerous waters."

The Essex-born singer-songwriter has had a whirlwind career since being named the BRITs Critics' Choice winner back in 2011. With three UK Number 1 singles, a million selling record, a GRAMMY nomination and stints on both the UK and Australian versions of The Voice, Jessie is embracing a "new energy" for her fourth studio LP out early next year.

"I’m in a different place in my life," Jessie told us. "I’m not saying I’m a different person – I’m still me, but I’ve grown a lot. I am doing this for myself."

Hey Jessie! You've just done your first UK shows in a while. What’s it been like to be back on stage?

“It was really, really good. I’m so excited to be back. It’s always weird seeing my Mum and Dad in the crowd because I kinda just stare at them and then think, sh*t, there’s another 1,400 people to look at!

The song's you've put out so far from the new album - Think About That and Not My Ex - are a pretty drastic switch-up in your sound, aren't they?

Your sounds has always been quite radio friendly, whereas these new songs feel like you're almost rebelling against that.

“Honestly, I was just writing. I was just being an artist. It’s not about the media or what other people think. I am doing this for myself.

“Who You Are was before the fame and this stuff is very much after great success and things that haven’t gone so great, and being in the public eye. Having that experience and coming out of it, if I keep on going down this road of just putting out songs that I haven’t written, in a genre that isn’t really dear to my heart, I’m kinda treading dangerous waters. I need to nurture and feed the side of me that is why I did this in the first place.

“I think being able to have the power to write lyrics out loud was the realisation of what I have been through. It’s like when someone you love dies and you don’t really think about it… until you say it out loud and it hits you harder than ever before. For me, actually writing Think About That was the realisation of me saying, ‘wow, I really badly treated by some people in my life’.

"Obsessions is then something completely different. It’s about wanting to be a mum, obsessions with a past boyfriend, obsessing about politics or my career. It was things that I literally couldn’t shake off, or didn’t want to shake off that I’m still obsessed with now.

“Those four words ['S' standing for sex and 'E' standing for empowerment] were what I kept coming back to, that everything I was writing about could fall into. I wrote [R.O.S.E.] out and then thought ‘shit, my Mum’s name is Rose’ and it came naturally like that. It wasn’t like finding a wedding dress before you have a boyfriend. Otherwise it gets weird!”

Think About That represented a realisation, Not My Ex was about an obsession. Does that mean we’re about to hear sexy Jessie on the next single?

"I mean, if you look up sex in the dictionary, there are two meanings. There are definitely songs on this record about the physical form of penetrational sex [laughs], but in this instance, it’s about the sex of being a female as well as that. Women in the industry are sexualised and are definitely a treated in a certain way because of what they and their bodies look like. It’s also about that."

You said recently that you "feel successful now even if the music isn’t on the top of the chart because I’m comfortable with who I am." Does that mean you were perhaps chasing success too much in the past?

“I think that it is learning through happiness and pain what success actually is. I think success for everyone is different and success is different for the same person at different moments in their life. I do think my success was driven by people that were around me that had a different feel of success than I.

“There’s a very thin line between diva and survival, whether you’re male or female. Being an artist, you know… no-one knows what it’s like to be an artist unless you are an artist. It’s very rare that people are around you that have the same want for success. This is not everyone, but some people want the money side to success who are around you, or they want to win awards. It’s very surface success.

“Surface success is going to happen if it’s meant to, but internal success is something you have to dig deeper for. Not everyone is suited to working with everyone, and I think I was surrounded by the wrong type of success-reaching people.”

Do you feel like you compromised parts of yourself previously or worked on projects that you wouldn’t say yes to now?

“The most important thing is that you have to live and learn. Whether you’re Pauline from Scotland who had to date Dave to realise she never wants to date Dave again, it’s no different to Jessie J doing something and then realising I didn’t want to do it again. The difference with Pauline and me is that people put me on Google. It’s just one of those things. I don’t regret anything as everything I have experienced has made me feel.”

You mentioned being scrutinised. People always have something to say about you, whether it be good or bad. Is this new Jessie J better equipped to handle polarisation?

“I’ve learned to accept and not expect. Fame is a weird thing that you have to learn to respect even if you don’t like every element of it. People feel they can have an opinion on me because I’m open and honest. Being vulnerable isn’t being weak, it’s being real.

"I think I open it up for people to have an opinion but I couldn’t give a s**t. Say what you want - I am who I am. I’m living my life, I’ve never done anything evil or harmful to people. I’m just trying to survive in this big, crazy world just like everyone else.”

Jessie J's new single Not My Ex is out now, with her fourth studio album arriving early in 2018.