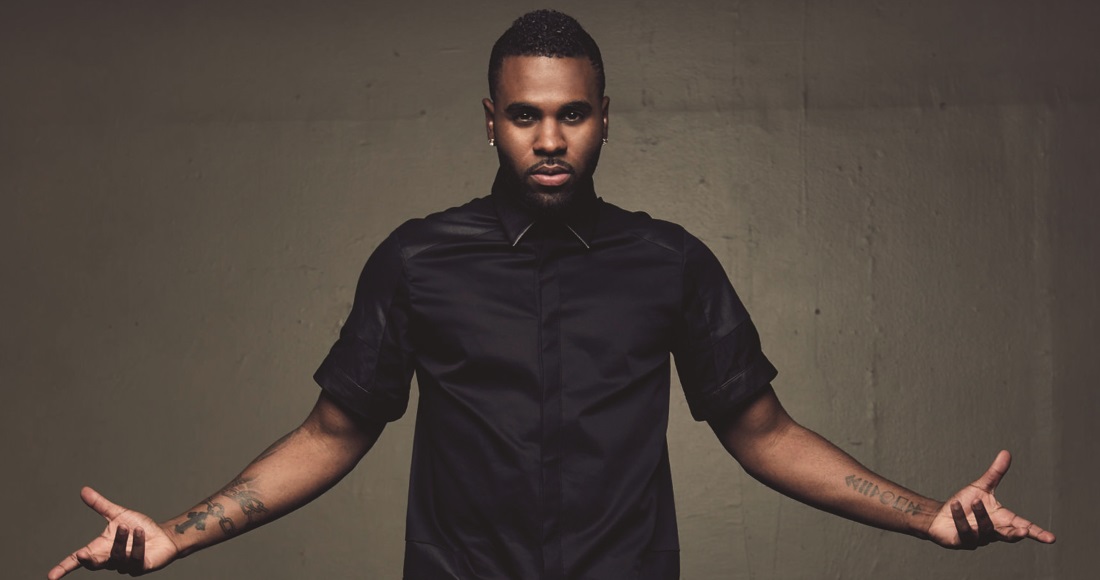 He wants us to want him, so Jason Derulo will no doubt be pleased to learn he’s leading the race for Number 1 on this week’s Official Singles Chart.

The singer’s latest track Want To Want Me is in pole position on today’s Official Chart Update; and if it holds on to its position, it will mark Derulo’s fourth UK Number 1 single. His previous chart-toppers are In My Head (2010), Don’t Wanna Go Home (2011) and Talk Dirty (2013).

After a four-week reign at the top, OMI’s Cheerleader (Felix Jaehn Remix) is down to 2, and Dutch DJ Martin Garrix is new at Number 3 with Don’t Look Down FT Usher.

Jessie J vaults 25 places and currently sits at 14 with her Pitch Perfect 2 song Flashlight, and Charles Hamilton is set to make his Official Chart debut this week with New York Raining. The track, which features Rita Ora, is at Number 15 on today’s Update.

Elsewhere, Belgium’s Eurovision entry Rhythm Inside by Loic Nottet lands at 31, and currently sitting just outside the Top 40 at 41 are US/UK boyband Mr Meanor with their debut single Here With You.