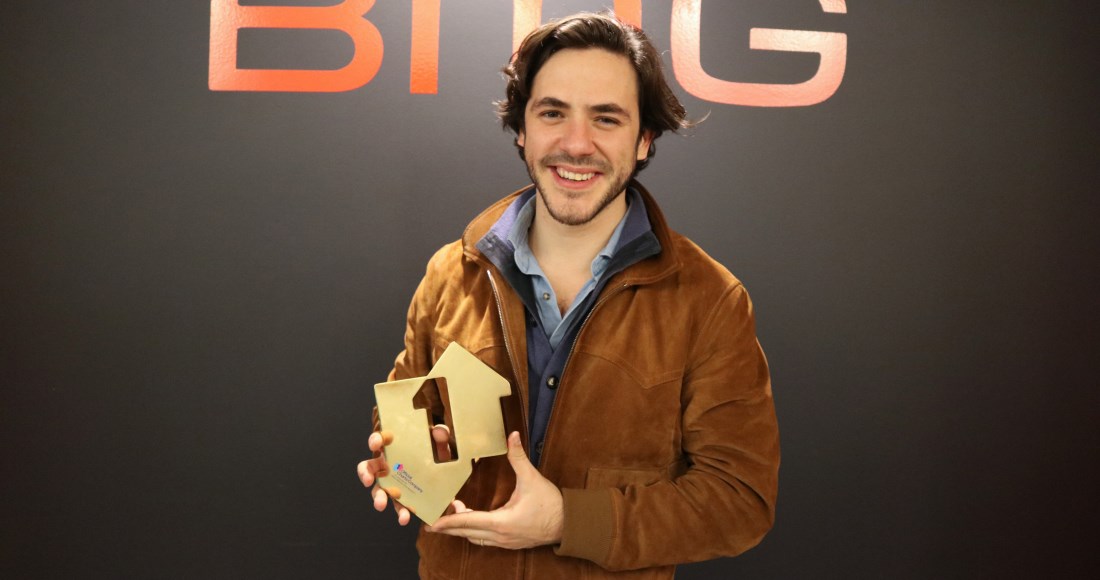 Congratulations to Jack Savoretti, whose new album Singing To Strangers debuts at Number 1 on this week’s Official Albums Chart.

Jack’s sixth collection is his first to top the chart, shifting just over 32,000 combined sales over the past seven days. The British singer-songwriter’s last two albums, Sleep No More (2016) and Written In Scars (2015), both peaked inside the Top 10.

Celebrating the news, Jack told us: “This is my sixth album, and the thing I am proud of the most is having surrounded myself with people that have helped me make the album I’ve always wanted to make. The success of this album belongs to every single person that has worked on it.” Watch his reaction below:

Singing To Strangers knocks last week’s Number 1, Dave’s Psychodrama, down to Number 2, Tom Walker’s What A Time To Be Alive rebounds two spots to Number 3 to complete the Top 3.

INTERVIEW: Jack Savoretti - "I became happy and didn't know what to do with it"

George Ezra’s Staying at Tamara’s celebrates a year on the Official Album Chart this week, up three places to Number 6. After debuting at Number 1 in Spring 2018, it hasn’t left the Top 20 since only dipping as low as Number 14 in the last 52 weeks.