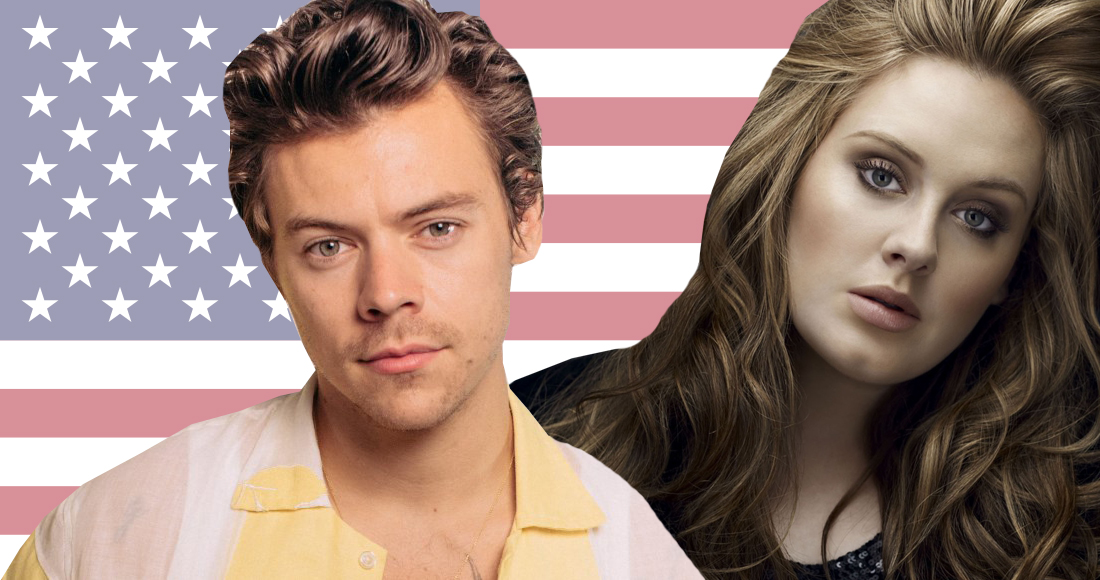 Harry Styles has joined a very elite club of British artists with his US Number 1 single Watermelon Sugar.

In the past 25 years, just five Brits have reached the top of the US charts with a song that did not replicate the same success on home turf, with one act managing to claim two US Number 1s that didn’t hit the top spot in the UK.

The last lead artist to secure a US Number 1 with a song that hadn’t hit the big time in the UK was Adele; Set Fire To The Rain became her third Number 1 single in America, but was a modest hit in the UK, burning out at Number 11. Adele also led the Billboard Hot 100 with Rolling In The Deep which was the best-performing song of 2011 stateside, but it fell short at Number 2 in Adele’s homeland.

The only other male this century to replicate Harry’s success is Hounslow singer Jay Sean who spent two weeks at Number 1 in the US with Down ft. Lil Wayne in 2009. Down was also historic in that it made Jay the first act of Indian heritage to top the US charts. Before Jay, we have to go back to 1995 to find the last Brit to have a US Number 1 not to reach the same position in the UK; that was Seal with Kiss From A Rose. Similarly to Watermelon Sugar, Kiss From A Rose topped out at Number 3 in the UK.