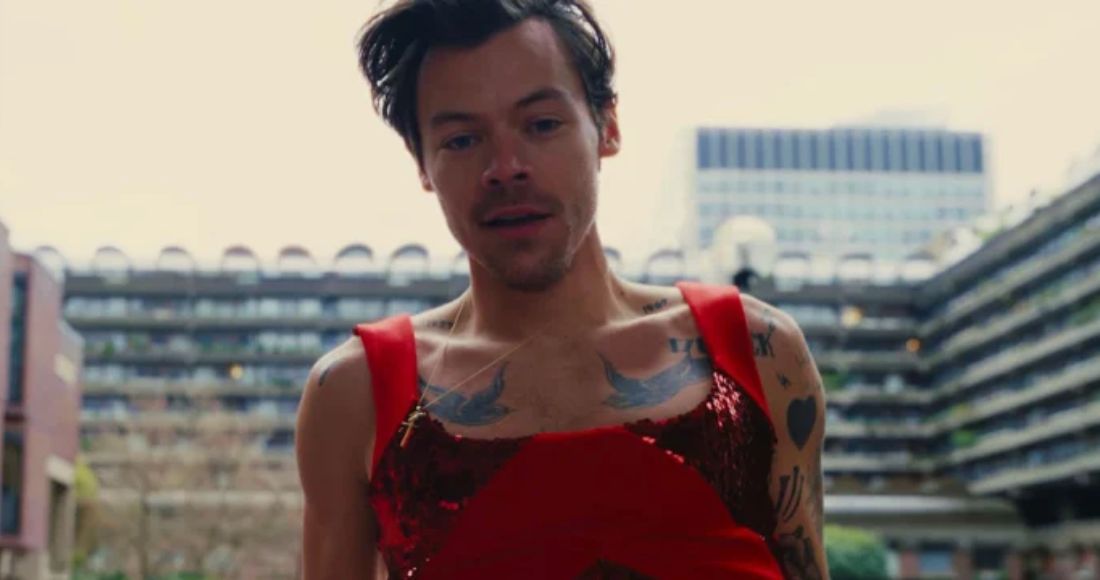 Harry Styles has broken a long-running US chart record with his mega-hit, As It Was.

Now spending its 15th atop the American Billboard Hot 100 singles chart, Harry claims the longest-running chart-topper by a UK act in the states, as well as the longest run at Number 1 in the US by a solo act in general

The UK acts with the previous title were Elton John (with Candle In The Wind) and Mark Ronson (with Bruno Mars collab Uptown Funk), which each spent 14 weeks at the top of the Hot 100.

This week, Harry has also become one of the rare acts to achieve both the Number 1 single on the Hot 100 and the Number 1 film at the US box office with Don't Worry Darling, the psychological thriller he stars in alongside Florence Pugh, which has ignited discussion around the internet due to its frought production and increasingly chaotic PR campaign.

Other acts to have achieved this feat include Eminem and Jennifer Lopez. Basically, it's a very good time to be Harry Styles in America right now.

In the UK, As It Was reigned supreme at the top of the Official Singles Chart for a total of 10 weeks - becoming the longest-running Number 1 of the year so far in the UK.

As It Was has also been recognised as the second-biggest Song of the Summer in the UK this year, although it was beat out at the top spot by Kate Bush' Running Up That Hill, the song that ended As It Was' Number 1 streak.