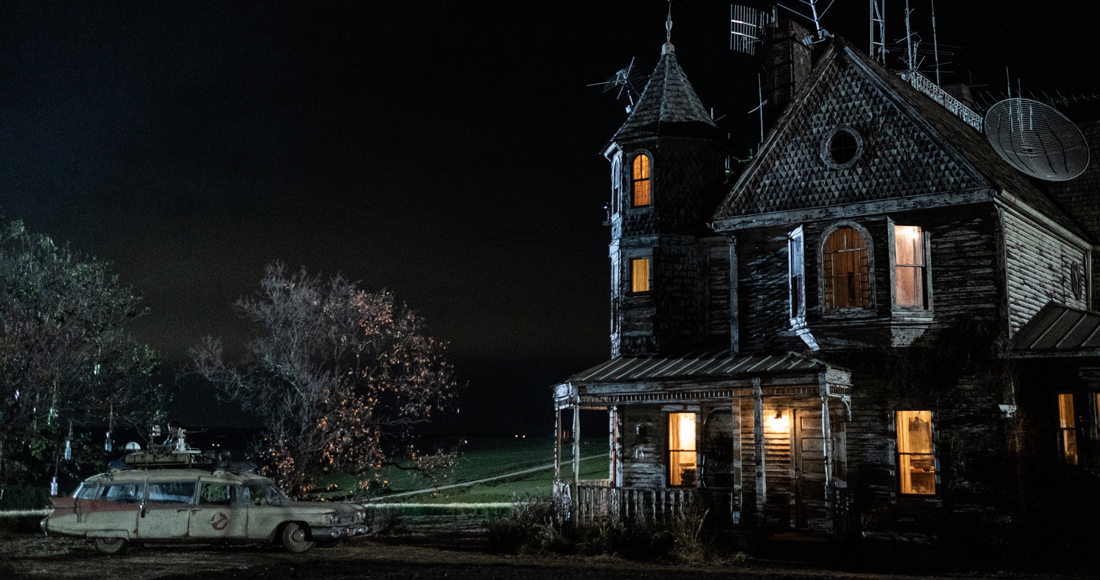 Flying ahead on digital downloads only, Ghostbusters: Afterlife denies Venom: Let There Be Carnage a second week at the top, with the Venom sequel pushed down to Number 3 as No Time To Die holds its place at Number 2.

In Ghostbusters: Afterlife, the group have long since disbanded, but when a single mother (Carrie Coon) and her two kids (Finn Wolfhard, McKenna Grace) move into their late grandfather’s farm, with the help of teacher Mr Grooberson (Paul Rudd), they discover the secret legacy their grandfather, Ghostbuster Egon Spengler, left behind.

At Number 4 is our second brand new entry of the week, Marvel’s Eternals. The film follows a group of ancient aliens, who have been secretly living on earth, who are forced out of the shadows following an unexpected tragedy.

Disney’s Encanto – the soundtrack to which is currently set to claim an Official Number 1 single this week – takes another week in the Top 5 at Number 5, finishing ahead of yet another brand new entry, The Boss Baby 2: Family Business at Number 6.

The spooky The Addams Family 2 climbs nine places to Number 7, a new peak for the animated sequel, while Paw Patrol: The Movie holds at Number 8.

2006 Bond film Casino Royale re-enters the chart at Number 9 following the release of a new 4K UHD Steelbook edition, and finally, The Suicide Squad rounds off at Number 10.