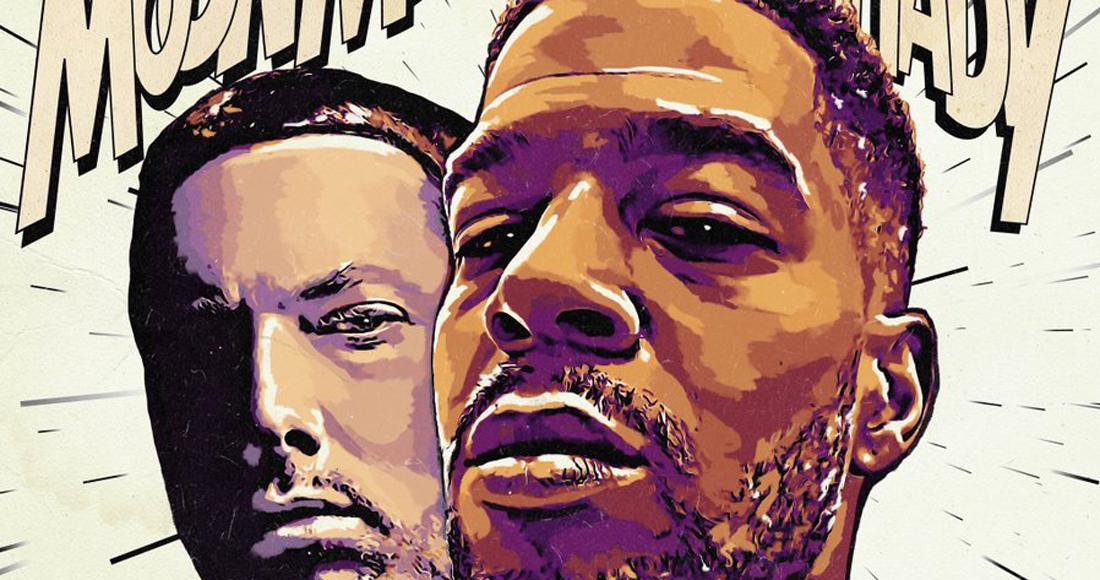 Eminem and Kid Cudi have a lot to say on their new (and first) collaboration, titled The Adventures of Moon Man & Slim Shady.

The new single, released today (July 10), hears the pair weigh in on big world news topics, including the deabte over wearing masks during a global pandemic, "dirty cops" and the murders of George Floyd and Ahmaud Arbery, and NFL quarterback Drew Brees - who said that taking a knee disrespects the US flag.

The Adventures of Moon Man & Slim Shady is produced by Eminem along with Dot da Genius and J Gramm.

The song marks another surprise release from Eminem following his chart-topping Music To Be Murdered By album in January - earning him a record-breaking tenth consecutive Number 1 album.

For Kid Cudi, it continues a run of well-received releases this year, starting with Leader Of The Deliquents in April - his first solo track since December 2016 - and his collaborative project with Travis Scott on The Scotts. He also recently teased a Kids See Ghosts animated show with Kanye West.

Watch the lyric video for The Adventures of Moon Man & Slim Shady below: