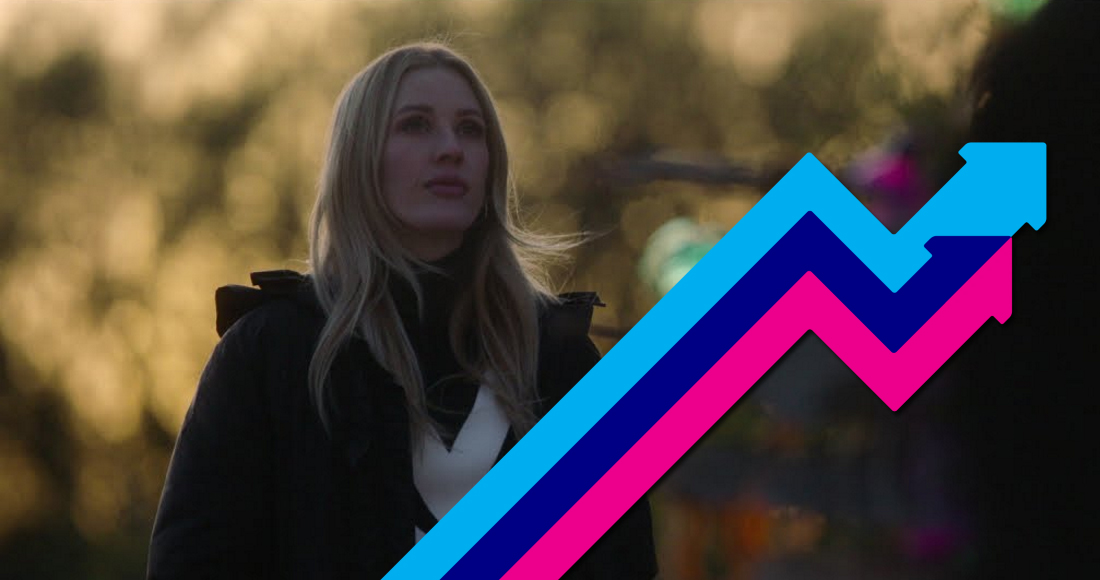 Ellie Goulding's latest song River is Number 1 on this week's Official Trending Chart as the track is shaping up to be her biggest hit in years.

The cover of the Joni Mitchell classic was recorded for Amazon music as part of their Amazon Originals series. The Christmas folk track didn't chart when it was released in 1971, but Ellie's version is on course to climb into the Top 5 on this week's Official Singles Chart, currently at Number 2 in the latest sales flash.

If it holds on to its current position, Ellie would earn her first Top 10 single in four years, since 2015's On My Mind peaked at Number 5. View Ellie Goulding's Official Chart history in full.

It's a similar story for John Legend, who has covered John Lennon's Happy Christmas (War Is Over) for Amazon. Heavy rotation in the festive season means it could earn John his first Top 40 single since 2016's Love Me Now.

Elsewhere, Harry Styles has two entries in the Official Trending Chart - new track Adore You plus recent release Watermelon Sugar - ahead of the release of his new album Fine Line this Friday (Dec. 13), and Camila Cabello's My Oh My ft. DaBaby is proving to be the most popular track from her newly-released album Romance.

Listen to this week's Official Trending Chart Top 20 on Spotify below: