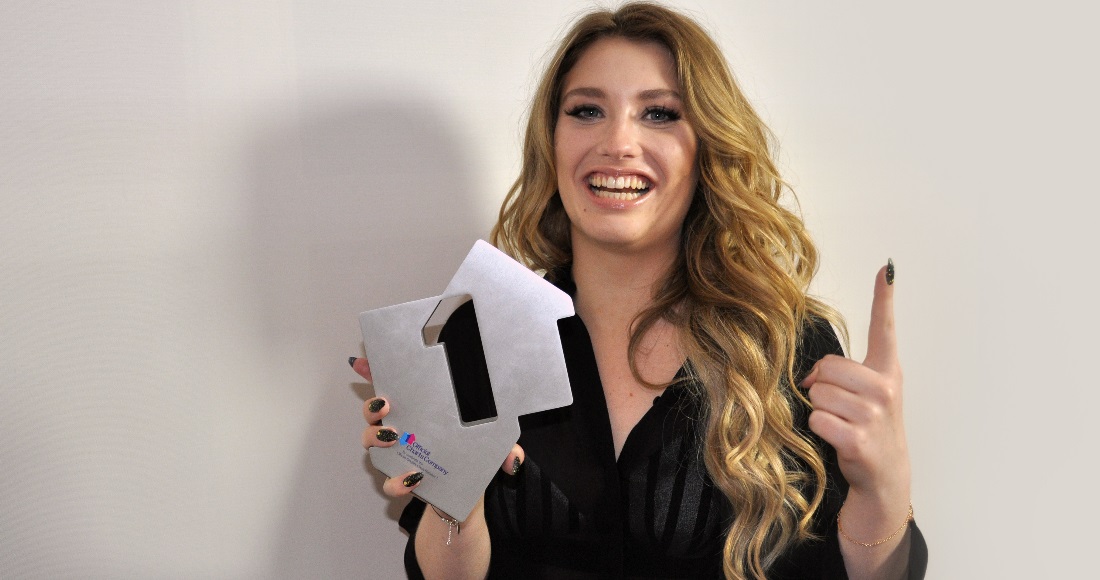 X Factor star Ella Henderson claims one of the fastest selling singles of 2014 so far with Ghost.

Congratulations to Ella Henderson who has gone straight in at Number 1 on the Official Singles Chart today with her debut release, Ghost.

According to the Official Charts Company’s sales data, more than 132,000 copies of Ghost were purchased in the UK over the last seven days, earning the 18-year-old from Tetney, Lincolnshire the fourth fastest selling single of 2014 so far.

“It feels incredible,” Ella tells OfficialCharts.com. “I just can’t believe it! I’ve taken my time away, writing, and coming back into it with all this support is amazing.”

Ghost was co-written by OneRepublic frontman Ryan Tedder, who has also penned tracks for the likes of Leona Lewis, Ellie Goulding, Beyonce and Adele.

“When you think about the people Ryan works with, it was definitely overwhelming being in the same room as him,” admits Ella. “He gets to pick and choose who he works with, and to say I got to write my first single with him is insane!”

Ella Henderson first shot to fame two years ago after appearing in the 2012 series of the X Factor.  Despite being hotly tipped to win the show, Ella was eliminated in seventh week of the live rounds after going head-to-head with James Arthur. X Factor host Dermot O'Leary described her exit as "one of the biggest shocks we've ever had on the results show."

Ed Sheeran slides one place to Number 2 today with Sing, while Tiesto is new in at Number 3 with Wasted FT Matthew Koma. It is the Dutch DJ’s highest charting UK single to date. Today’s Top 5 is completed by Stay With Me by Sam Smith (4) and Waves by Mr Probz (5).

Following their performance on last weekend’s final of Britain’s Got Talent, Little Mix climb 18 places to Number 6 with Salute.

Rik Mayall’s Noble England is new in at Number 7 today thanks to a fan-led social media campaign to get the late comedy star to Number 1 after his death on Monday (June 9). The track was originally released for the 2010 World Cup but failed to chart the first time around. More on that story here.

London MC Skepta scores his six Top 40 hit today with That’s Not Me FT JME (Number 21). David Baddiel, Frank Skinner and The Lightening Seeds’ 1996 World Cup song, Three Lions, has re-entered the Top 40 at 27. Meanwhile the official anthem of the 2014 World Cup, We Are One (Ole Ola), by Pitbull, Jennifer Lopez and Claudia Leitte is at 29.

Game Of Thrones star Jacob Anderson, who performs under the moniker of Raleigh Ritchie is at 30 with Stronger Than Ever. Zedd and Foxes re-enter the Top 40 at 31 with Clarity, while Lil Wayne and Drake’s Believe Me is up 39 places to 36, and DJ Snake and Lil Jon’s Turn Down For What is up nine places to 37.