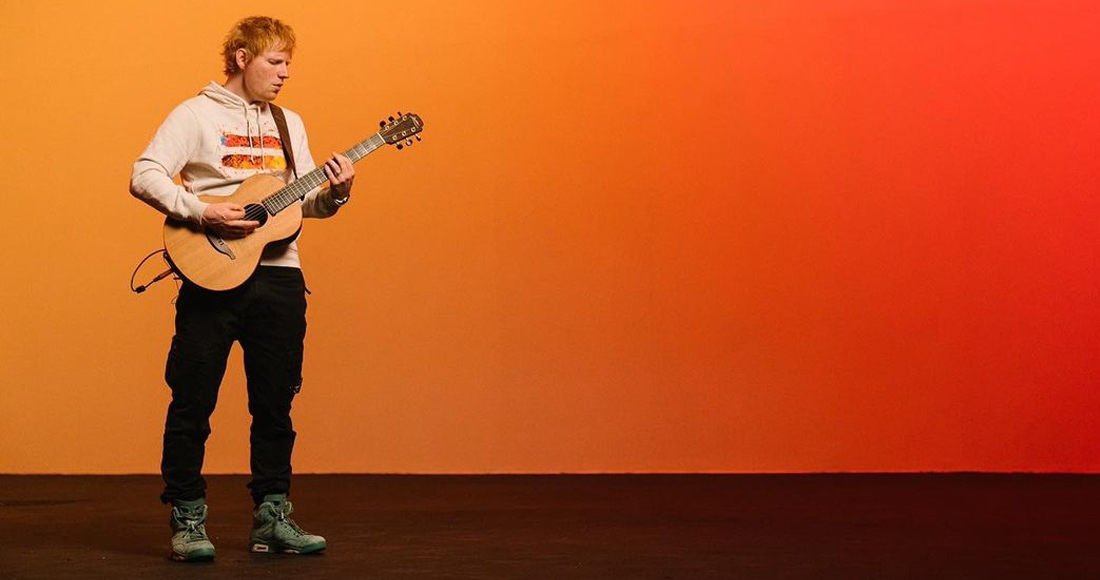 The second single from the British megastar’s fifth studio album = makes it two weeks at the top, and was this week honoured as the first recipient of the Irish Recorded Music Association’s Official Irish Singles Chart Number 1 Award.

“Shivers has gone Number 1 – thank you so much for this. It feels so good coming back after so long and have everyone love the songs like this. Thank you so much. I will see you next year on tour. Nice one!”

Ed Sheeran is the first artist to be presented with an IRMA Number 1 Award for a chart-topping single, joining Dublin group Inhaler who were the inaugural holders of the award for a Number 1 album for their chart-topping debut It Won’t Always Be Like This.

Lil Nas X claims three entries on this week’s Official Top 50 from his debut album Montero, two of which are in the Top 10. Industry Baby with Jack Harlow advances to a new peak of Number 2, while That’s What I Want is the week’s highest new entry at Number 3. Former Number 1 Montero (Call Me By Your Name) returns to the Top 50 at Number 14.

Taylor Swift claims a new entry with Wildest Dreams (Taylor’s Version) at 15. The re-recording of her 2015 single becomes Taylor’s 28th Top 20 in Ireland and outperforms the original, which peaked at 39.

Scaling eight places to a new personal best is My Heart Goes (La Di Da) by Becky Hill & Topic (23), there’s a re-entry and new peak for If You Really Love Me (How Will I Know) by David Guetta, Mistajam & John Newman (43) and Life Goes On from comedic rapper Oliver Tree makes a Top 50 debut after going viral on TikTok (47).