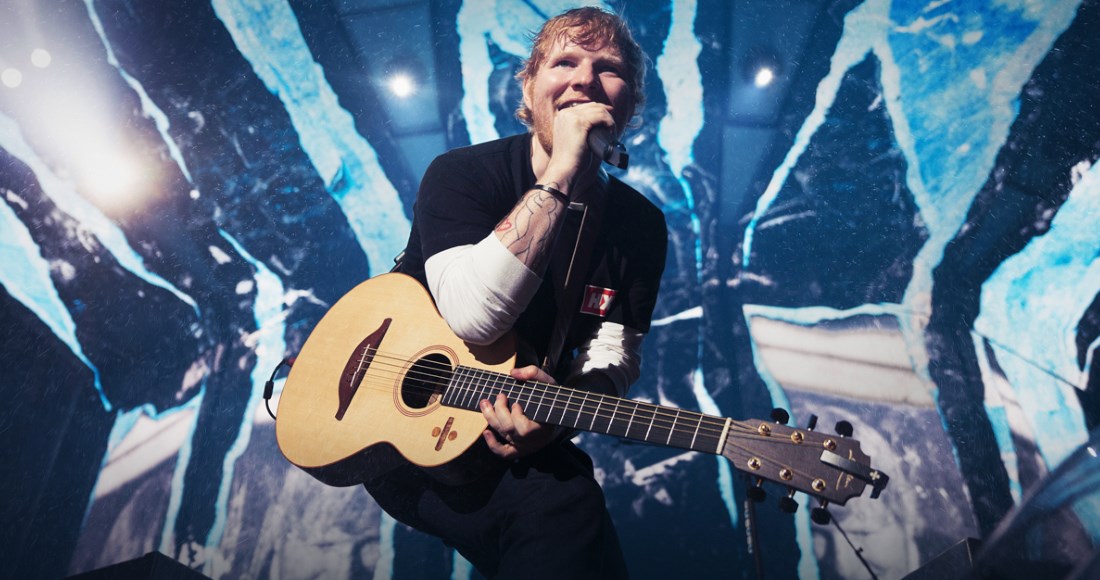 Ed Sheeran lands straight in at Number 1 on this week’s Official Irish Albums Chart with No.6 Collaborations Project.

The record is Ed’s fourth album to reach the top spot in Ireland and outperforms the rest of this week’s albums Top 10 combined.

Ed’s new album continues his unbroken streak of Number 1s on the Albums Top 50: all four of his studio albums have topped the chart, with No.6 following +, x and ÷. ÷ and x both also appear in this week’s chart, at Numbers 7 and 24 respectively.

MORE: Acts with the most Number 1 albums this decade on the Official Irish Albums Chart

No.6 Collaborations Project gives Ed his 57th week on top of the chart across all his albums, the most for any artist this decade; Adele is second with 50 weeks.

Elsewhere on this week’s rundown, Jax Jones’ Snacks EP rockets into the Top 20 for the first time, rising 23 places to Number 19 following the release of his latest song Harder with Bebe Rexha.

Finally, Rita Ora’s Phoenix returns to the Top 50 at Number 48 after unveiling the music video for her latest single New Look.