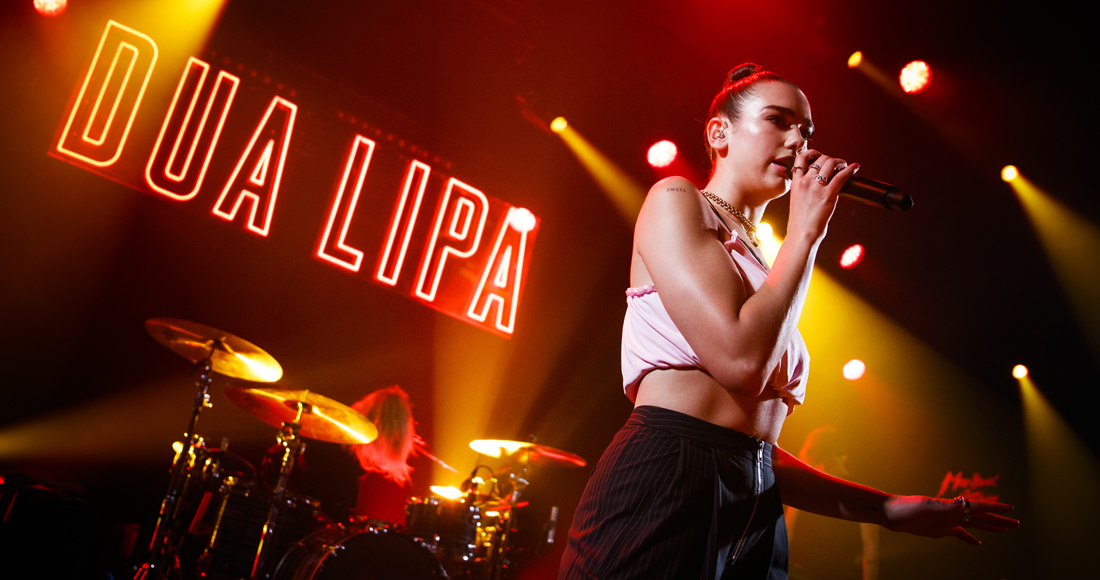 Dua Lipa's latest chart-topping single New Rules may be the sixth release from her self-titled debut album, but there's still "at least" two more singles to come off it, her label boss has said.

In an interview with Music Week, Warner Bros UK president Phil Christie praised Dua's drive and hard work over the past three years, adding that New Rules reaching the top spot on the Official Singles Chart is a "jumping off point" in the album's campaign.

"This is the sixth single off that record, so to have a Number 1 with single six is rare," he said. "But it's still just a jumping off point, we're just at the beginning of this campaign really hitting its stride."

"We've got at least another two singles to come off this record, which is a testament to the quality of the album."

Dua's singles from the collection so far are Be The One, which reached Number 9 after a re-release this year, Last Dance, Hotter Than Hell (15), Blow Your Mind (30) and Lost In Your Light (86). Let us know which songs left on the record you think should be a single below.

The album has so far peaked at Number 5 on the Official Albums Chart, and is the best-selling debut album by a female solo artist of the year so far.

Meanwhile, Christie believes that the music video treatment for Dua's New Rules was a major factor in helping it reach Number 1 on the Official Chart.

"It started to get picked up by other artists - Lorde and Camila Cabello tweeted about it - who saw it was this powerful statement."