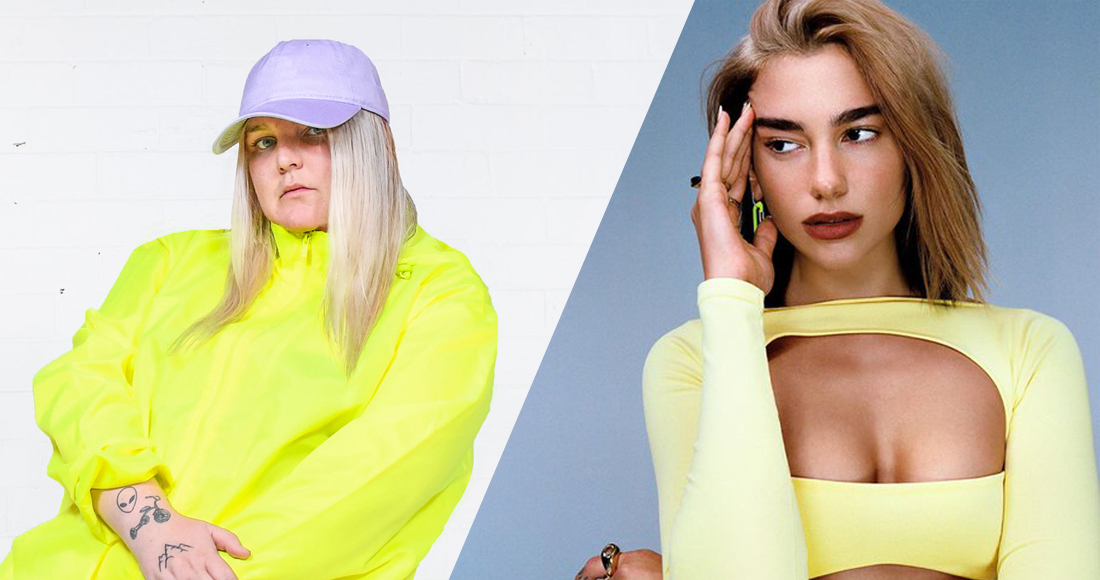 Dua Lipa is challenging reigning champ Tones & I for this week’s Number 1 single.

Early sales and streaming reports from the Official Charts Company indicate Dua’s new disco-tinged Don’t Start Now, which sees her reunited with the team behind breakthrough smash New Rules, is on course for the highest new entry of the week, currently Number 2 behind Tones & I’s Dance Monkey. Viral hit Dance Monkey has occupied the top spot for the past 5 weeks. If Dua holds on through to the end of the week, Don't Start Now will become the singer's seventh Top 10 on the Official Singles Chart. See where all Dua Lipa's singles have charted in the UK.

The highest climber of the week looks set to be Jax Jones and Ella Henderson, This Is Real catapults 14 places to Number 16.

And finally, the cast of RuPaul’s Drag Race UK could be sashaying into the Official Chart on Friday following episode 5’s Girl Group Battle. The episode saw the queens forming two rival girl bands - Filth Harmony and The Frock Destroyers - to write, choreograph and record singles with a little help from British singer-songwriter-producer MNEK. Break Up Bye Bye (19) is riding in the Top 20 midweek, but...will we be saying "SHANTAY YOU STAY" by Friday's final bell?

It's all still to play for on this week's chart with sales and streams counting up until 23.59pm on Thursday. The Official Chart Top 40 will be counted down on BBC Radio 1's The Official Chart with Scott Mills from 4pm Friday, the full Top 100 singles and albums will be published on OfficialCharts.com from 5.45pm.