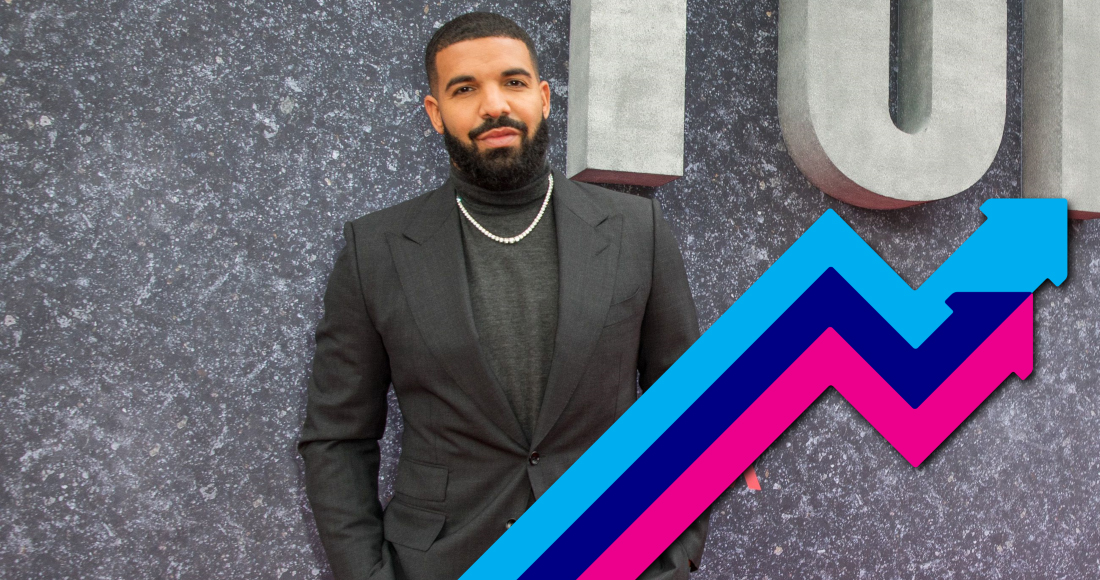 Drake’s new single Toosie Slide is the UK’s top trending song this week, as it challenges for the Number 1 position on the Official Singles Chart.

With a music video filmed inside Drake's lavish home as people take up self-isolation, and lyrics instructing some pretty simple dance moves, the song has become an instant hit on social media, especially on TikTok.

Also making waves this week is comedian Matt Lucas, who is heading for a big debut this week with his reworked song Thank You Baked Potato, which could land in the Top 10 this Friday (April 10).

The song, which originally featured two decades ago on comedy gameshow Shooting Stars, has been officially released by Matt with brand new lyrics about keeping safe and sanitary in the middle of the Covid-19 pandemic. Proceeds for the track go to Feed NHS, set up by Matt with Damien Lewis and Helen McCrory. Read our interview with Matt Lucas about how the song will help NHS workers during the crises.

Other tracks making a big impact in the UK this week include Gang by Headie One & Fred Again... which features on their new collaborative mixtape of the same name; Ava Max's Kings & Queens; and Midnight (The Hanging Tree) by German DJ Hosh & 1979 ft. Jalia - a dance rework of The Hanging Tree which was originally written for The Hunger Games' Mockingjay: Part 1.