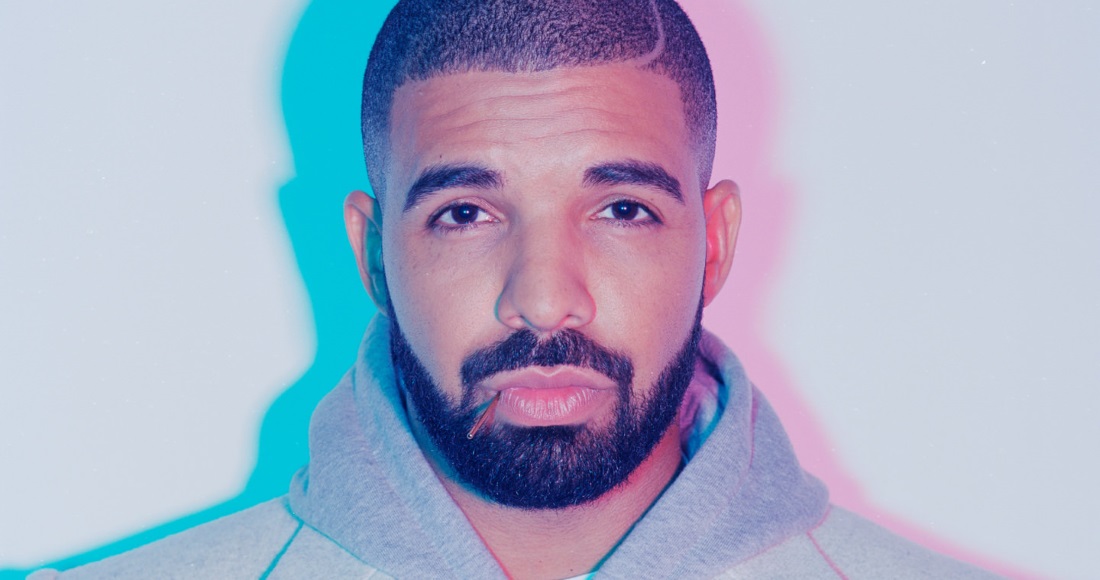 It's been a long time coming, but Drake has finally hit the Number 1 spot on the Official Singles Chart as a lead artist.

Previously hitting the helm of as a guest on Rihanna's What's My Name in 2011, One Dance jumped 20 places from last week, achieving combined sales of 72,000 copies. The track is taken from the rapper's fourth studio album Views from the 6, due to be released on April 29th.

Despite reaching Number 1, One Dance is in fact the tenth most streamed track of the week, due to the fact it was only available on Apple Music for the first half of the sales window. Featuring Wizkid and Kyla, the song is the first Number 1 of 2016 to feature a female - One Dance samples Kyla's 2009 single Do You Mind?.

Drake is the third Canadian artist this year to score a Number 1 single, following Justin Bieber and Shawn Mendes. The only other time this has ever happened was in 2014, when DVBBS, Keisza and MAGIC! scored chart toppers.

Elsewhere in the Top 5, Sia sits at Number 2 for a second week with Cheap Thrills, 5,500 units behind Drake. Former Number 1 Mike Posner slips two places to 3 with I Took A Pill In Ibiza, which is once again the most-streamed this week. Fifth Harmony's Work from Home drops one place to Number 4 and Zara Larsson is static at 5 with Lush Life.

Joe Jonas-fronted DNCE finally reach the Top 10 this week, climbing two places to 9 with Cake by the Ocean. Also on the climb is Meghan Trainor - her track No leaps 12 places to Number 11 following performances on The Voice UK final and The Graham Norton Show.

Blonde and Craig David's Nothing Like This rebounds to Number 15 this week, a new peak following a Number 17 placing three weeks ago. The Chainsmokers' Roses also climbs again this week, hitting a new personal best at 22. Click here to listen to their After Hours playlist shared exclusively with OfficialCharts.com.

The Voice UK winner Kevin Simm debuts at Number 24 this week with his first solo single, All You Good Friends. The single is his 11th Top 40 entry including his past chart success with Liberty X. We spoke to him about his win earlier this week.

Climbing 19 places to 27 are Years & Years with Desire. The original version peaked at 22, with this new version featuring Tove Lo rocketing to its best position so far. Galantis' No Money also reaches a new high of 29, as does Drake's Pop Style (33).