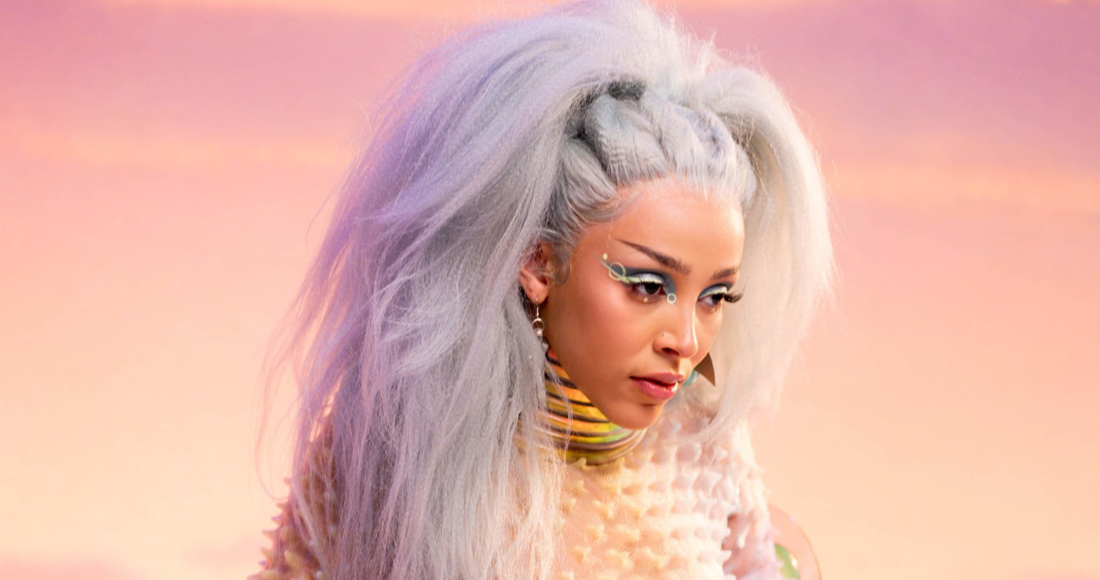 Doja Cat has announced details of her new album, Planet Her.

The 14-track collection will be released on June 25 and includes collaborations with The Weeknd on You Right, Ariana Grande on I Don't Do Drugs, and Young Thug on Pay Day.

The US rapper and singer revealed the album's artwork on Instagram, which was shot by renowned photographer David LaChapelle, whose credits include the cover art of Travis Scott's Astroworld.

Planet Her follows Doja's 2019 breakthrough album Hot Pink, which peaked at Number 38 on the Official Albums Chart last March and is certified Gold in the UK with 102,000 chart sales.

The record also earned her a nomination for Best New Artist at the Grammys, as well as Record of the Year and Best Pop Solo Performance for her hit Say So.