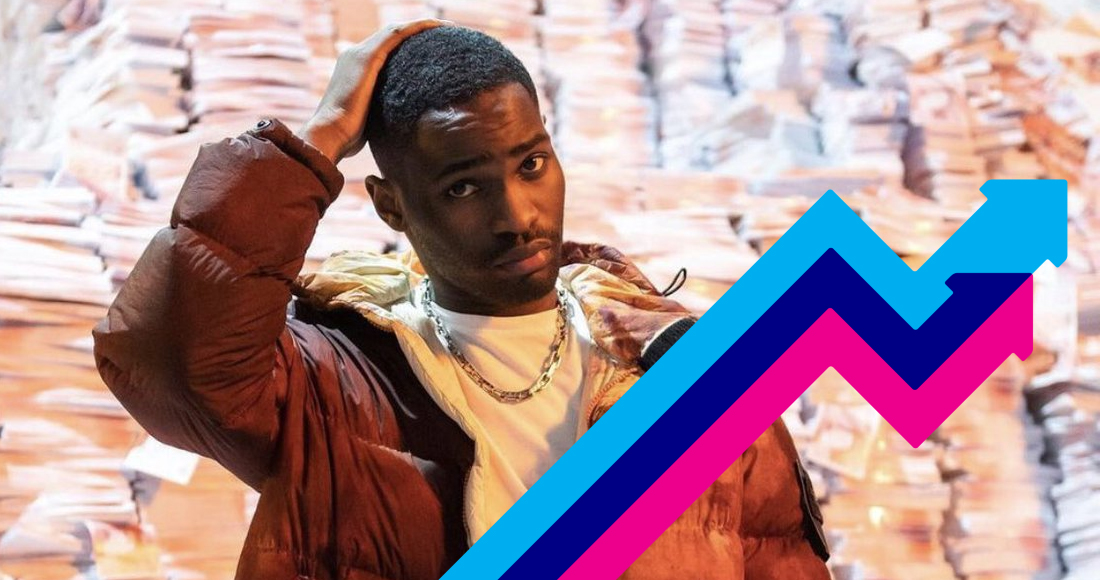 Dave claims the Top 2 on this week's Official Trending Chart with songs from his new album We're All Alone In This Together.

As well as the album's latest single, Stormzy collaboration Clash, Verdansk and In The Fire are proving the most popular songs on the rapper's second studio album, which is heading for Number 1 on this week's Official Albums Chart.

The tracks claim Numbers 1 and 2 respectively on the trending Top 20, and are on course to land in the Top 5 on the Official Singles Chart this Friday, currently at Numbers 3 and 4 in the midweeks.

It means Dave is all but certain to take his tally of Top 40 singles to 21 - view his Official Chart history so far here.

Two more new releases are making a big impact on this week's trending chart: Lil Nas X and Jack Harlow's Industry Baby (4), which was released last Friday along with its provocative and liberating music video, and Anne-Marie and Little Mix's Kiss My (Uh Oh) (5), taken from the former's newly released album Therapy. Both songs are set for a Top 20 debut on the Official Singles Chart.

Following the release of his F**k Love 3 mixtape, The Kid Laroi is seeing new track Not Sober ft. Polo G and Stunna Gambino (11) eye a Top 40 debut this Friday, while Mustard collaboration Still Chose You (18) is scaling the Top 100.

Camila Cabello is also making waves with her new latin-pop single Don't Go Yet (12), and David Guetta's new single If You Really Love Me (How Will I Know) (16) - a dance rework of the Whitney Houston classic featuring Mistajam and John Newman - is growing on the charts, currently up 15 places on last week to Number 62 in the latest update.