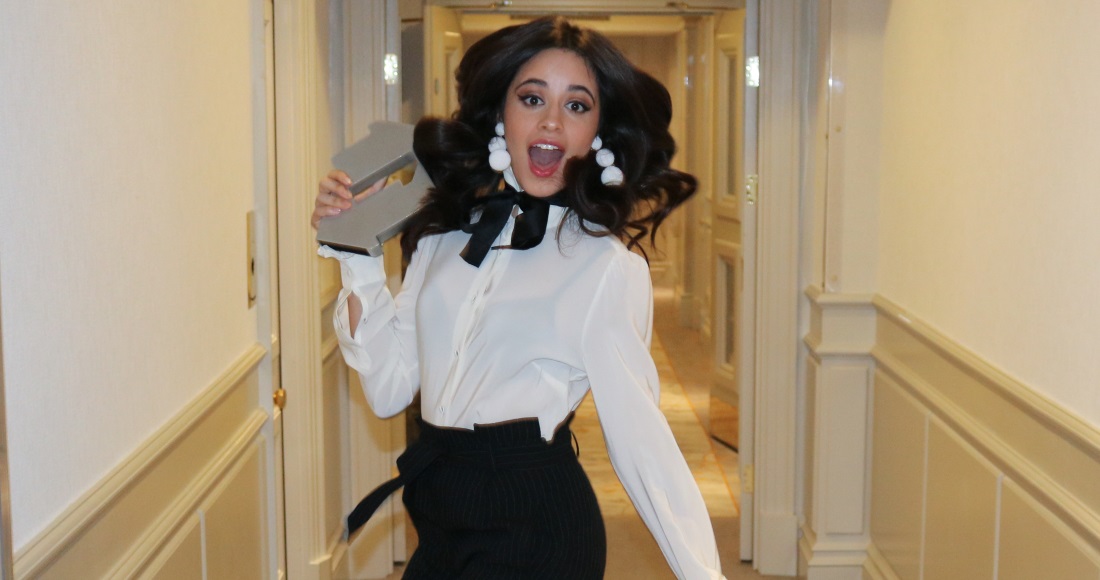 Camila Cabello is still Havana good time on the charts as her latest single scores a fourth week at Number 1 on the Official Singles Chart.

Meanwhile, Silence by anonymous DJ and producer Marshmello and Khalid lifts two places to return to its Number 3 peak, and Ed Sheeran's Perfect lifts two places to Number 4 - matching its opening week debut back in March when Ed's ÷ album was released.

Comedy rapper Big Shaq continues to climb the Top 40 with Man's Not Hot, up from 8 to 6, while two songs enter the Top 10 for the first time: Blinded By Your Grace earns Stormzy and MNEK their third Top 10 each, climbing five spots to Number 7, and Selena Gomez & Marshmello's Wolves zooms eight places to Number 9, marking Selena's fourth UK Top 10.

US hip-hop star NF (aka Nathan Feuerstein) climbs into the Top 20 with Let You Down, leaping four places to 19, and Katie Melua's Children In Need single Fields Of Gold is new at 29 - the singer-songwriter's first Top 40 singles entry in seven years.

Further down, Jason Derulo earns his 18th Top 40 single - Tip Toe ft. French Montana jumps 16 places to 31, and Mariah Carey's All I Want For Christmas vaults from 88 to 34 - entering the Top 40 for an eleventh consecutive year.

MORE: Look back at every Official Number 1 single EVER

Look back through every Official Number 1 single of 2017 so far below: