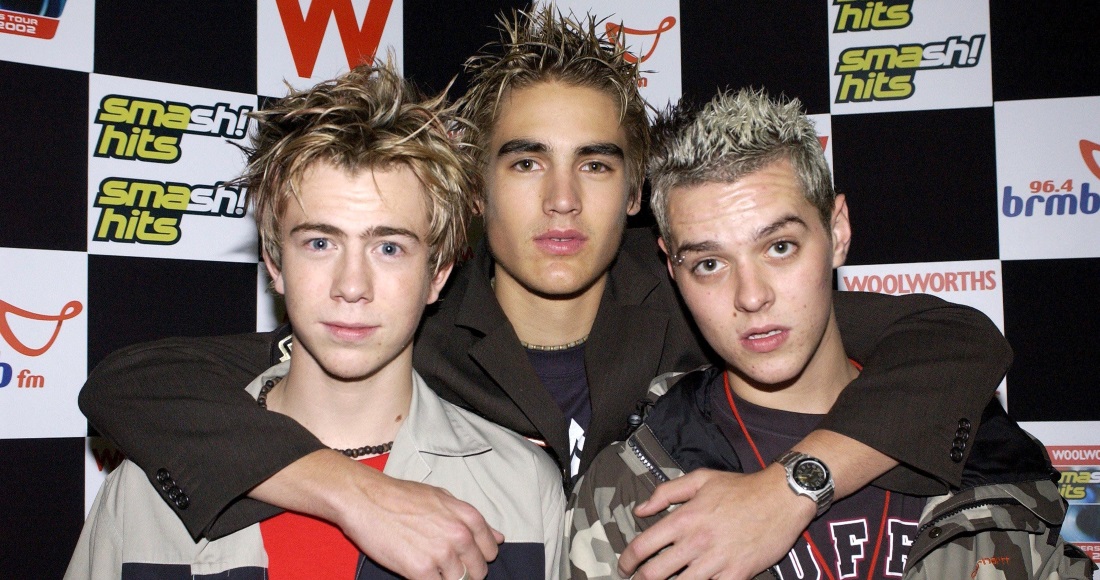 Stranger things have happened in Q4: Today (October 6), reports claim that Charlie Simpson is reuniting with his Busted bandmates, despite previously claiming he had “no interest” in re-joining the band.

Busted, as some of you will remember, had a shortlived but impressive run of hits in the early 00s. Between 2002 and 2004, the trio racked up eight consecutive Top 5s, half of which topped the Official Singles Chart. Click here to see where all of Busted's singles and album reached on the Official Chart.

But which is their biggest? Official Charts can confirm that Year 3000 is Busted’s most popular song, based on sales, downloads and streams. The track, which sees the boys travel forward in time and fawn over someone’s great-great-great-granddaughter, was released in 2003 and just missed out on the top spot, criminally beaten to Number 1 by David Sneddon’s Stop Living The Lie (click here to see the chart from that week).

Quiz: How well do you know your British 00s pop?

To date, Year 3000’s combined sales stand at 306,000. Remember, overall sales were lower during this period as physical sales were in decline, and downloads didn’t count towards the Official Chart until November 2004.

Taking second place is Thunderbirds Are Go, with combined sales to date of 258,000. Released in 2004, the track – which serves as the theme song for the (dodgy) 2004 film of the same name – was their fourth and final Number 1 single. Released as a double A-side with 3AM, (which places ninth on the list), Thunderbirds was recorded during their reality series America Or Busted, which saw the trio try and crack America. Watch this not at all embarrassing clip from the show below:

Completing the Top 3 is Busted’s debut single, What I Go To School For. Inspired by a teacher member Matt Willis had a crush on at school, the track was an unexpected hit and landed at Number 3 in September 2002. To date, its combined sales and streams tally stands at 230,000. Fun fact: former Eurovisioner/Sugababe Jade Ewen appears in the music video as one of the schoolgirls.

Completing the Top 10 is She Wants To Be Me. The song was released as a limited edition single in November 2004, but was not eligible to chart as it was released in a limited 3-inch CD format.

Click through our gallery of 35 acts that defined British 00s pop below: