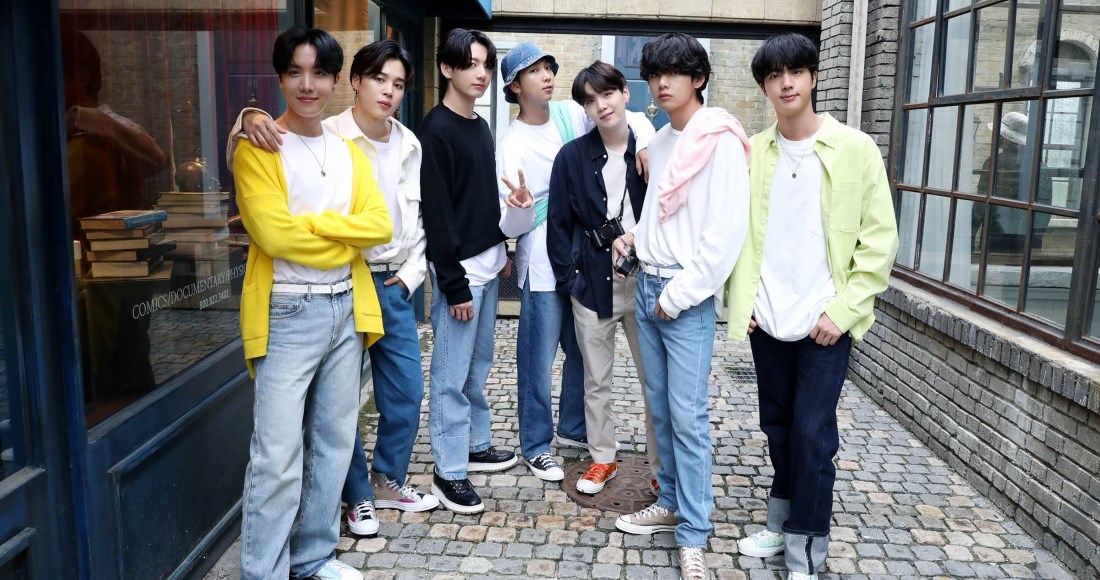 Congratulations to BTS who claim their second Number 1 on the Official Irish Albums Chart with BE.

The boyband’s fifth Korean-language album was the biggest record of the week on CD and download. BTS have scored two Number 1 albums in 2020 following Map of the Soul: 7 in February, making them the first group in eight years since One Direction in 2012 to have two Number 1 albums in the same year. BTS are also the first group since the Glee Cast in 2010 to have two new releases hit Number 1 in the same year.

Taylor Swift’s Folklore scales 17 places to Number 3 after its release on vinyl and was this week’s best-seller on the format.

Megan Thee Stallion streams her way to Number 22 with her debut album Good News, while Canadian crooner Michael Buble jingles his way back into the Official Irish Albums Chart with Christmas at Number 23.

Kodaline’s fourth album One Day At A Time returns to the chart at 25 following its first-time physical release. The album peaked at Number 2 on digital sales alone in June. Another Irish act pop-rock band PictureHouse are right behind at 26 with 1999 – Live in Dublin.

Also new this week are Iron Maiden with live album Nights Of The Dead - Legacy Of The Beast (29), In Harmony from US easy listening singer Josh Groban (31), Nick Cave and the Bad Seeds’ live album Idiot Prayer: Nick Cave Alone (34) and UK performers Michael Ball & Alfie Boe with Together at Christmas (44).