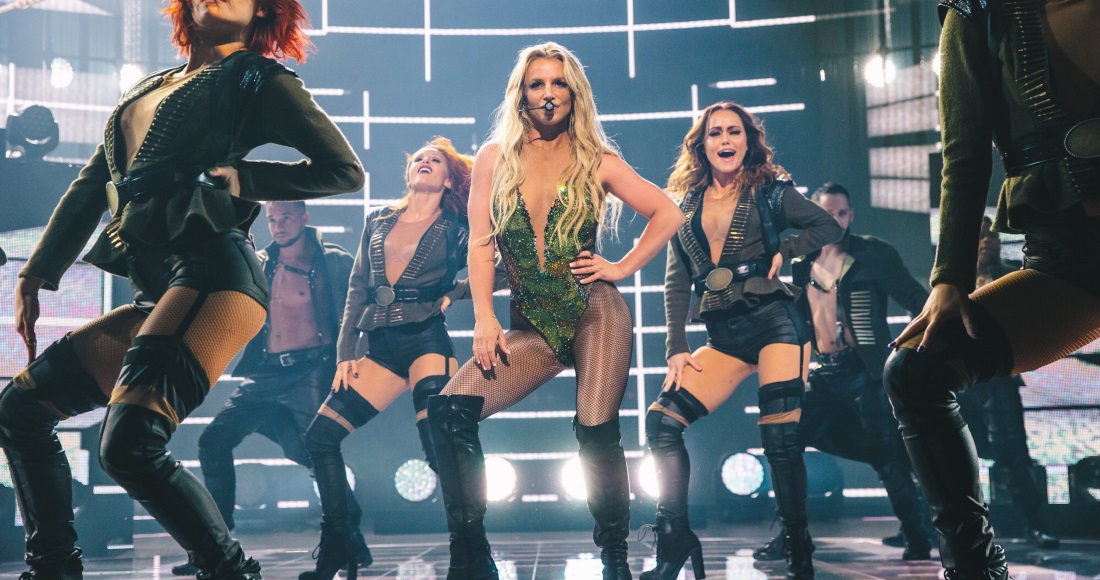 In the middle of a four-year residency in Las Vegas, a Britney concert outside of Sin City is a rare thing these days. And that she was performing in front of just 1,700 people in London’s rough-and-ready Camden only added to the anticipation.

Kicking off with the pulsing, frenetic Work Bitch, the singer barely paused for breath as she delivered an exhilarating 90-minute whistle-stop tour of her greatest hits.

Flanked by a troupe of energetic dancers and impressive stage props from her Vegas show, the singer brought dance breaks for days on her signature hits I’m A Slave 4 U, Circus, Me Against The Music,Toxic and …Baby One More Time, the latter two of which proved the highlight of the evening for the cheering crowd.

This is all too much #AMF10

She walked up a human staircase on Womanizer, performed a slick gymnastics routine (bar one mis-step during a backflip) on Breathe On Me/Touch Of  My Hand, and got “naughty” with one very willing member of the audience on the S&M-themed Freakshow.

As well as managing to pack in a fun if slightly unnecessary dance break section to a medley of Missy Elliot hits (she had plenty more of her own that she didn’t do on the night), Britney performed Make Me and Do You Wanna Come Over? from her latest album Glory. The collection debuted at Number 2 on the Official Albums Chart last month – her highest charting album in the UK for nine years.

The energy tonight was INCREDIBLE!!! @AppleMusic thank you so much for having me 💚 #AMF10 #AMFBritney pic.twitter.com/CE1SHT4nFt

It’s a testament to her star power that even with Apple Music Festival’s more-impressive-than-usual lineup to celebrate its tenth anniversary - which included Elton John, Calvin Harris and Robbie Williams - that  after nearly 20 years in the game, Britney is still the star attraction.

Apple Music subscribers can watch back Britney's show along with all the other gigs from this year's festival. Chance The Rapper will bring the festival to a close on Friday night (September 30).

Work Bitch
Womanizer
Break The Ice
Piece of Me
...Baby One More Time
Oops I Did it Again
Radar (interlude)
Me Against The Music
Gimmie More
Scream and Shout (interlude)
Boys
Do You Wanna Come Over
Missy Elliot medley
I'm a Slave 4 U
Make Me
Freakshow
Do Somethin'
Circus
If You Seek Amy
Breathe
Toxic
Stronger
You Drive Me Crazy
Till the World Ends