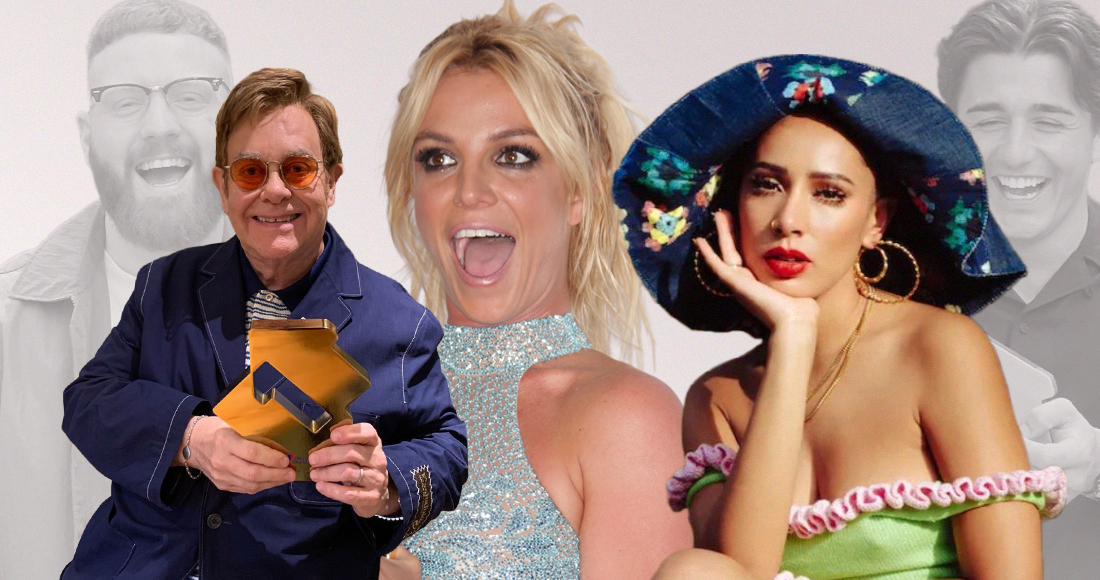 As it currently stands, just 1,200 chart units separate Afraid To Feel (1), B.O.T.A (2) and Hold Me Closer (3) - it’s all to play for in the second half of the week as Elton & Britney storm ahead as the highest new entry and the UK’s most downloaded track of the week so far, while LF System’s reigning Number 1 is the one to beat on streams.

Currently slated to enter at Number 3, Hold Me Closer could be Britney’s highest-charting hit since Scream & Shout reached Number 1 in 2012 and Elton’s fourth consecutive single to peak inside the Top 10 too. Elton’s previous releases Cold Heart with Dua Lipa, Merry Christmas with Ed Sheeran and Sausage Rolls For Everyone with LadBaby and Ed Sheeran all reached Number 1 – could his latest collaboration with Britney do the same in the coming weeks?M

Elsewhere, OneRepublic’s Top Gun: Maverick anthem I Ain’t Worried could reach its highest peak in the UK yet (4), as could James Hype’s fast-rising dance anthem Ferrari with Miggy Dela Rosa (6) and Australian DJ Luude’s follow-up to Down Under, Big City Life (10) with Mattafix.

David Guetta and Bebe Rexha set TikTok alight with a scrapped demo for a song that sampled Eiffel 65’s iconic dance track Blue (Da Ba Dee). Now, five years on from first recording it, I’m Good (Blue) is on track to debut in the UK at Number 8 – the second best-selling single of the week so far.

Acclaimed producer Fred again.. earned his first-ever UK Top 40 entry as a credited artist last week with Swedish House Mafia link-up Turn On The Lights Again, which is now expected to vault up six places to a new peak of Number 34.