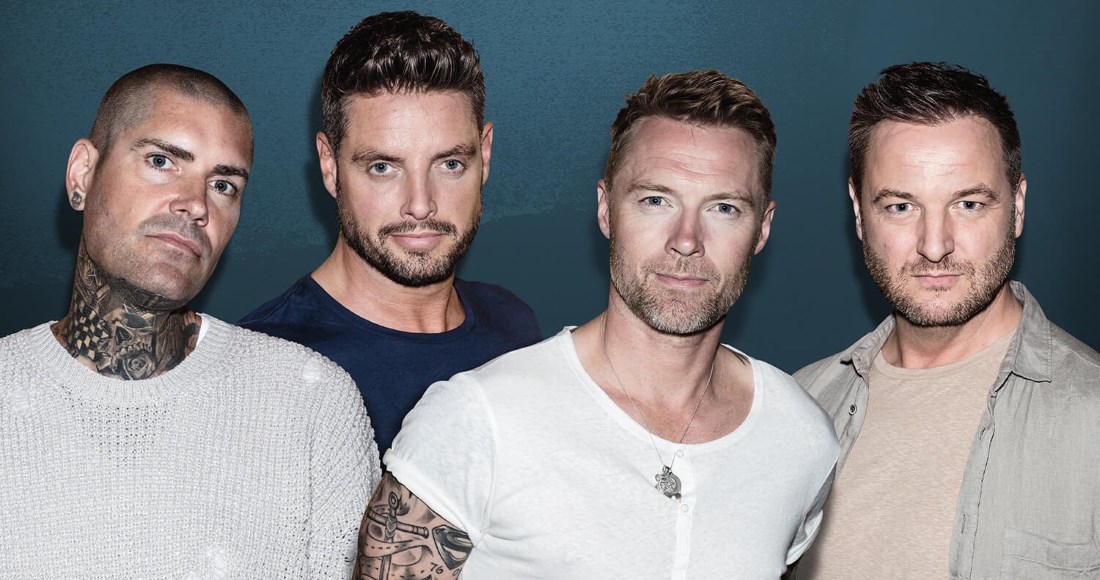 Boyzone and Take That were two of the biggest boybands of the 1990s, and the thought of them working together back in the day is insane! Over 25 years since their careers began, the two have united - in a roundabout way - for Boyzone's latest single.

The second track taken from the Irish group's farewell album Thank You & Goodnight is Love, which was penned by Gary Barlow. Love follows Because, which was written for Ronan, Keith, Shane and Mikey by Ed Sheeran.

Despite the media creating a huge 'rivalry' between the two groups, there's never been any animosity between the lads, which Shane Lynch and Mikey Graham explained to us recently.

"The true dynamics of our relationship with Take That are far different from the ones perceived by the public," Mikey told us at Warner Music's offices. "I was just on holiday with Gary in March - there has never been any malice."

"We were set up as the Irish Take That, so if anything, it's an honour to pay homage to such an amazing group, explained Shane. "I've never listened to one Take That record and thought 'that's s**t'. I've always thought: "that's a f**king great record, lads'."

"I remember one time in Dublin many, many years ago, before [Boyzone] had even started, I went in one particular club and saw them [Take That] in the V.I.P. area," says Mikey, recounting a key moment in his life. "I seen the guys there and I thought, 'you know what, one day I'm going to be up there as well'. To come 25 years later and Gary's a mate of mine - to be on a par to some degree, it's full circle. Who would have thought, you know?"

Thank You & Goodnight is released on November 16, while Boyzone's farewell tour begins in January 2019.