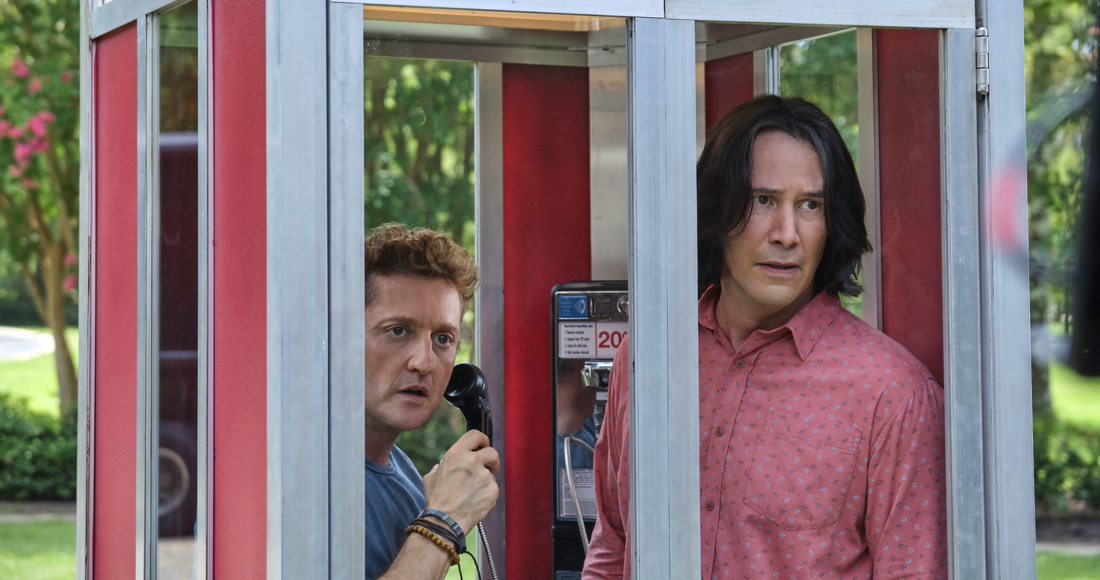 Long-awaited sequel Bill & Ted Face The Music climbs to Number 1 on the Official Film Chart thanks to digital downloads only.

The third instalment of the much-loved pairing of Alex Winter and Keanu Reeves debuted at Number 3 before rising to the top of the chart this week, fighting off competition from recent Number 1s Tenet (2) and last week’s chart topper, The New Mutants which is pushed to Number 3.

MORE: Dolly Parton's Top 20 most streamed songs in the UK

Spider-Man: Far From Home is back in the Top 5, rising two places to Number 4, while Roald Dahl’s The Witches is down one to Number 5. Bad Boys For Life continues to climb, landing at Number 6, while The Greatest Showman jumps three to Number 7. Jumanji: The Next Level (8) and Little Women (9) switch places on this week’s chart.