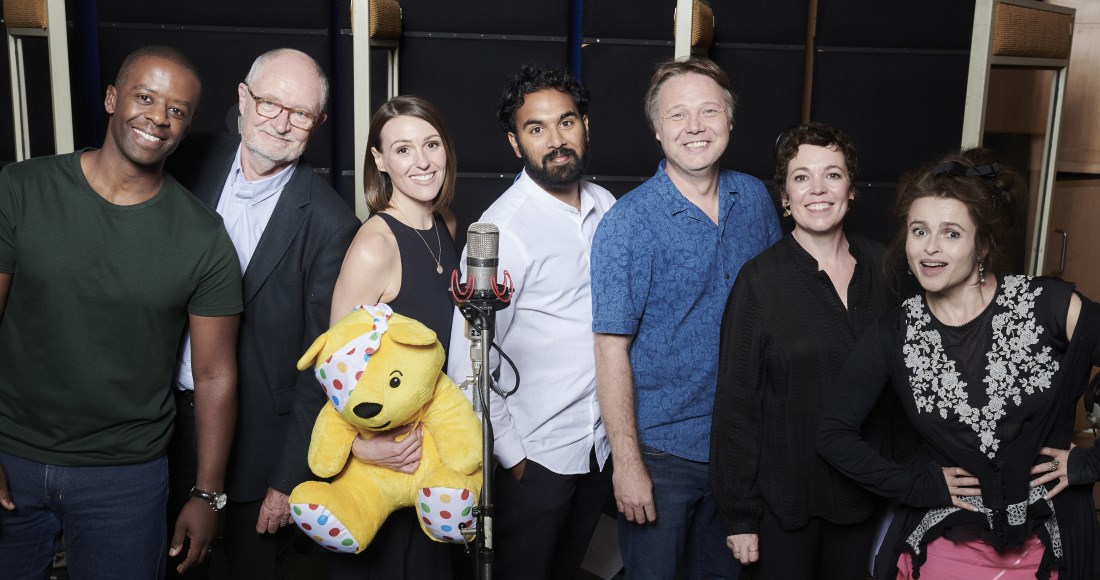 An all-star cast of actors who have come together for BBC’s Children in Need are on course for Number 1 on this Friday’s Official Albums Chart.

The likes of The Crown’s Olivia Colman & Helena Bonham Carter and Doctor Who’s David Tennant & Jodie Whittaker have united to record Children in Need: Got It Covered, a collection of covers ranging from Coldplay’s Yellow and Taylor Swift’s Never Grow Up. The 11-track album features the BBC Concert Orchestra and saw the famous faces guided by award-winning producer Guy Chambers at Abbey Road Studios.

Got It Covered has a lead of nearly 4,000 chart sales as of today’s Official Chart Update, made up of physical copies, digital downloads and streaming equivalent sales from across the weekend.

Jeff Lynne’s ELO are heading for an 13th UK Top 10 album with From Out of Nowhere at Number 2, ahead of KIWANUKA, the third studio album from British soul singer Michael Kiwanuka at Number 3. Bob Dylan is also a new entry in the midweek Top 5 with Travelin’ Thru: The Bootleg Series 15 which could mark his 39th Top 10 album at Number 4.

Three more albums are aiming for this Friday’s Top 10. Aled Jones & Russell Watson’s second collaborative album Back In Harmony is at 6, Krept & Konan are eyeing a fourth Top 10 album with Revenge is Sweet at 8, and Jeff Goldblum could score his first UK Top 10 album with I Shouldn’t Be Telling You This at 10.

R.E.M.’s 1994 Number 1 album Monster returns to the chart following its 25th anniversary reissue (11), Simple Minds’ 40th anniversary greatest hits Forty could become their second UK Top 40 album of 2019 (16), while fellow retrospective Black Is The Night from The Damned is also a new entry (24).