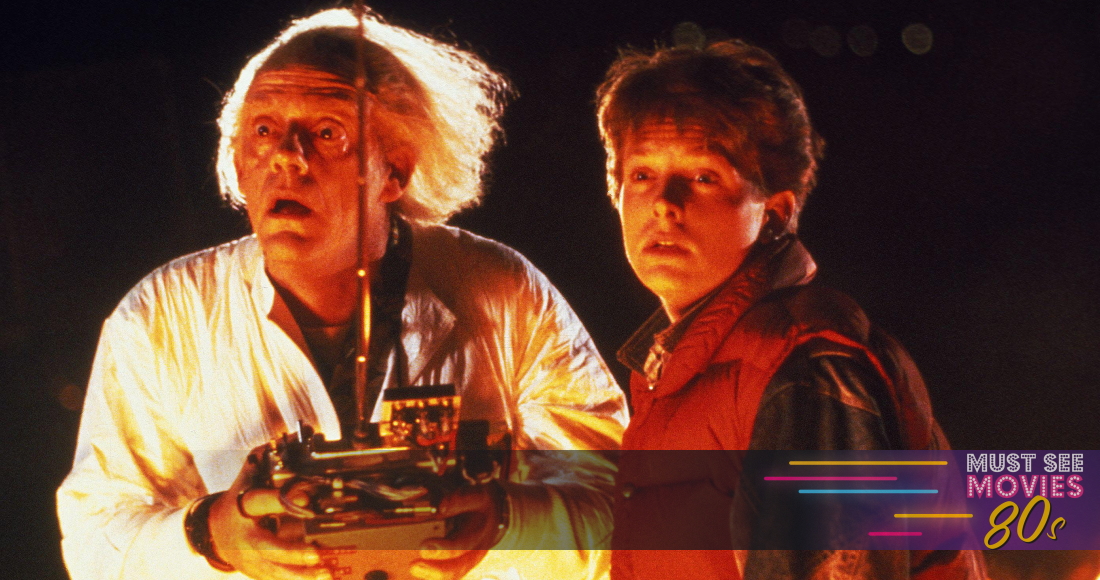 Back To The Future has been voted the UK's favourite 80s movie in a new poll conducted by Official Charts and FindAnyFilm.com.

To celebrate Must See Movies 80s, part of the National Album Day celebrations this month, users voted all through October for their top three choices of the biggest 80s films - with the Sci-Fi classic coming out on top.

Released in 1985 and starring Michael J. Fox & Christopher Lloyd – Back To The Future sees Marty McFly, a teenager, accidentally sent back in time to 1955 in a time-traveling DeLorean built by his eccentric scientist friend “Doc” Brown. With its iconic soundtrack and 1980s fashion, the film has stood the test of time as a must-see for any film fan.

Looking across the rest of the Top 10 - festive-action classic Die Hard comes second, followed closely behind by sci-fi thriller Blade Runner (3). Coming in at joint fourth in the poll is adventure-comedy The Goonies and James Cameron’s acclaimed sequel, Aliens.

Three more sci-fi titles come in at Number 6, 7 and 8 in the form of The Empire Strikes Back, E.T. & The Terminator respectively. Completing the Top 10 is horror The Shining at Number 9 and romantic comedy classic, When Harry Met Sally at Number 10.

Must See Movies is a promotion that saw participating stores including Amazon, ASDA, HMV, Morrisons, and Tesco celebrate the very best of the decade with exclusive collections on DVD.

As voted by followers of the Official Charts Company & FindAnyFilm.com