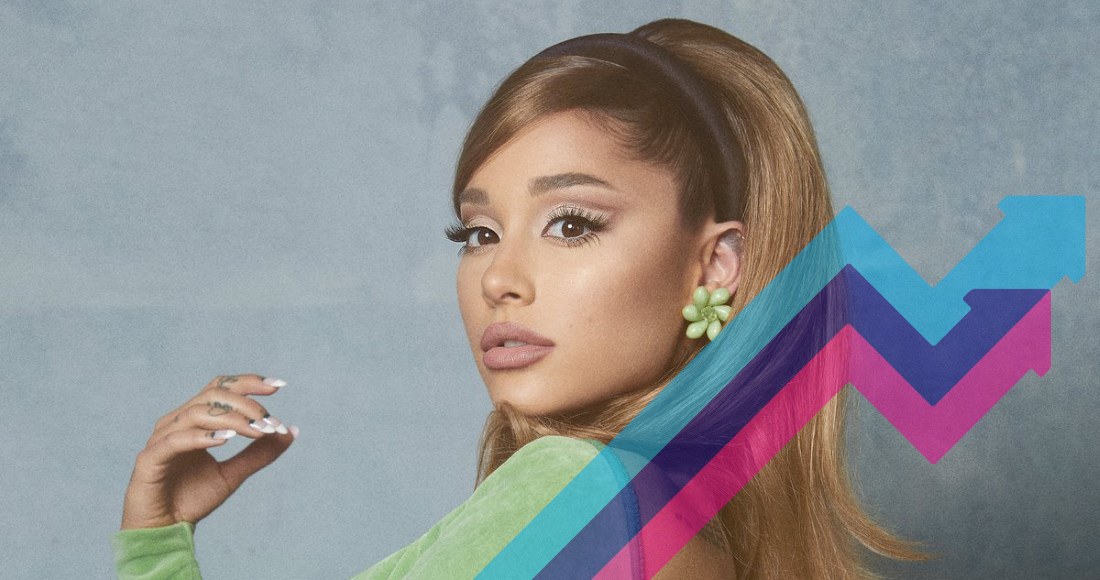 Ariana Grande 'Positions' herself at the head of the Official Trending Chart, as her latest track sets course to become her seventh Number 1 on the Official Singles Chart.

The lead single and title track from Ariana's upcoming sixth studio album of the same name is the most streamed track of the week so far, clocking up 3.2 milllion plays in the UK at the midweek point, and landing her way ahead in the week's chart race.

Another new releases making a big impact this week is KSI's Really Love ft. Craig David and producer Digital Farm Animals. The track is course to debut at Number 2 on the Official Singles Chart - if it holds on it'll be KSI's highest charting single, and Craig David's highest-charting single in 17 years - since 2003's Rise & Fall ft. Sting.

Little Mix are also making waves this week with Sweet Melody, the third official single from their forthcoming album Confetti, released on November 6.

Still growing in the UK, Sam Smith's Diamonds, Jax Jones's I Miss U ft. Au/Ra and One Too Many by Keith Urban & Pink are all set to see a rise on this week's Top 40.