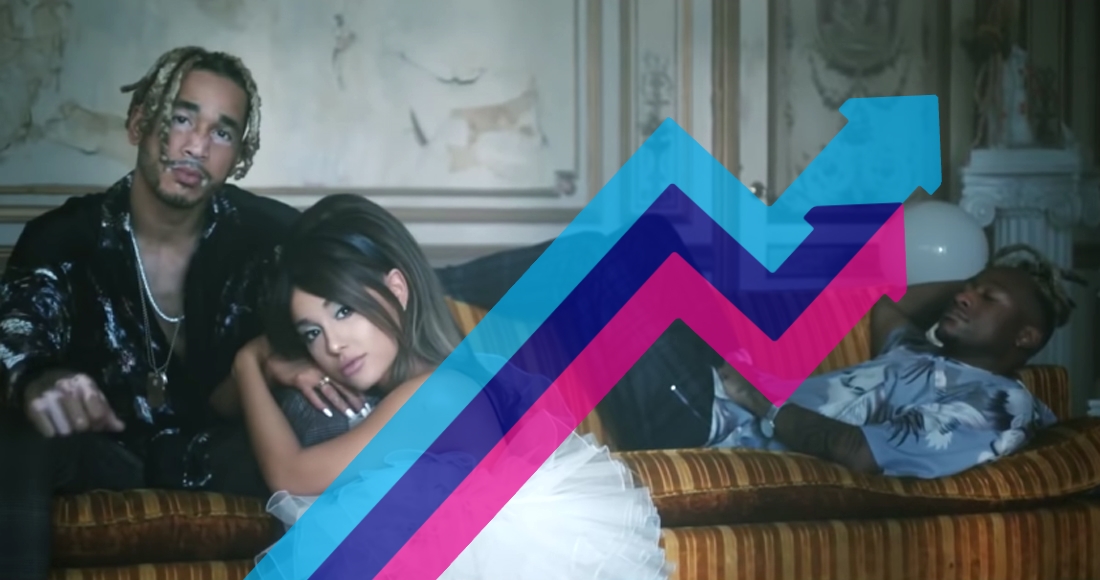 Ariana Grande's latest single Boyfriend is making a big impression on the charts this week and lands straight in at Number 1 on the Official Trending Chart Top 20.

Ariana could be securing her 6th Number 1 single on this week’s Official Singles Chart with the track, currently leading the way in the latest chart update. For Social House, it will be their first UK charting single as performers.

Sam Smith continues to see his latest hit How Do You Sleep? grow, potentially becoming his 11th Top 10 single this Friday. Meanwhile, there’s a new entry from Manchester rapper Aitch, Taste (Make It Shake), which could be his first solo charting hit. Krept & Konan, Headie One and K-Trap are also enjoying a huge boost with their latest single I Spy, following the release of a remix featuring Bugzy Malone, RV, SL, Abra Cadabra, Morrison and Snap Capone.

More brand new songs landing in this week's Official Trending Chart come from Lauv & Anne-Marie with F**k I’m Lonely, and How Bout Now from Drake’s new Care Package album, both of which are set to debut in this week's singles chart Top 40.