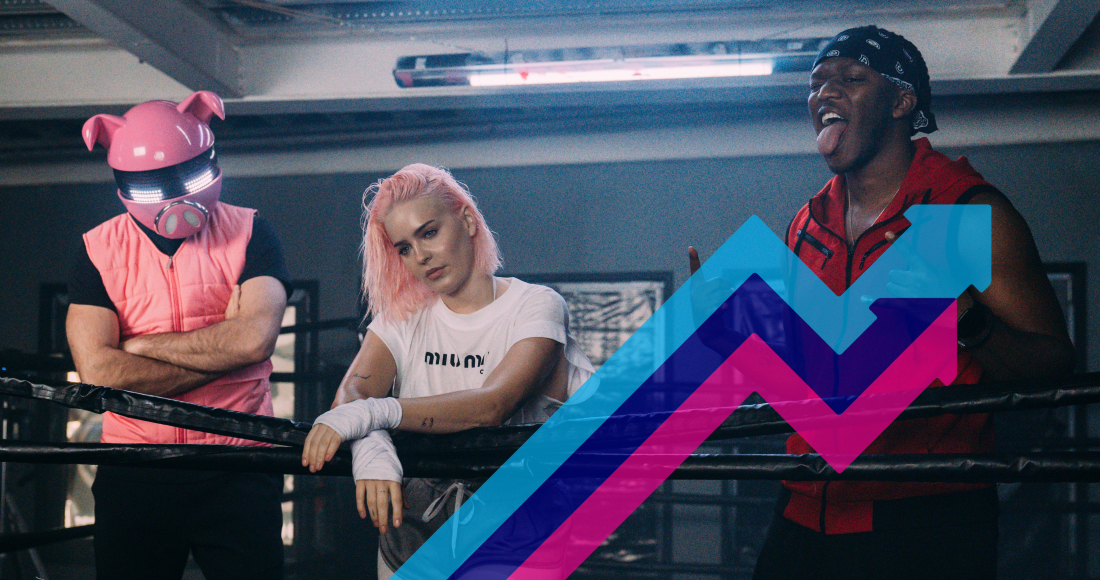 Anne-Marie, KSI and Digital Farm Animals fly straight to the top of the Official Trending Chart with their brand-new single Don’t Play.

The collaboration is currently battling for Number 1 on the Official Singles Chart, having landed at Number 2 midweek to face-off with current chart topper, Driver’s License by Olivia Rodrigo. The collaboration, if it stays on track, will mark a fifth Top 10 hit for KSI and a sixth for Anne-Marie (including her vocal appearance on Clean Bandit’s 2016 Christmas Number 1, Rockabye).

Big tracks on the rise this week include Streets by Doja Cat - currently up 28 to potentially land in Friday's Top 40 - Regardless by Raye & Rudimental, and the title track from Lana Del Rey's upcoming album Chemtrails Over The Country Club.

Viral sea shanty Wellerman by The Longest Johns is also making waves in the Top 100, on course to sail into the Top 40 to become the Bristol folk band’s first UK Top 40 hit.

Finally, Selena Gomez returns with De Una Vez, a Spanish-language song slated to be the lead single from her upcoming fourth studio album.