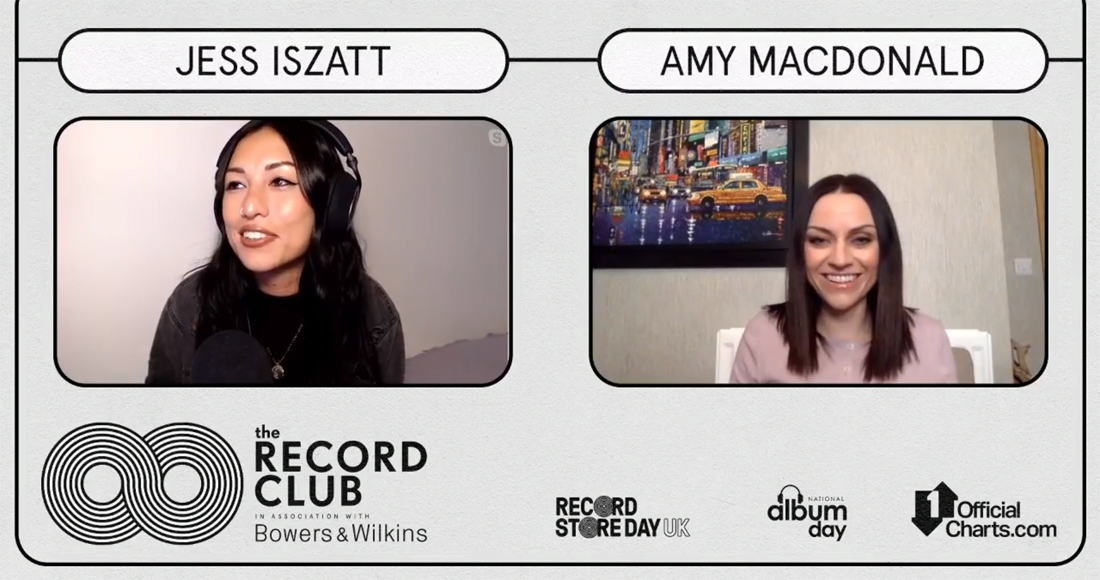 Amy Macdonald says the process of recording her fifth album took her back to her days a debut artist thanks to signing a new record deal.

On the latest episode of our live stream series The Record Club in association with Bowers & Wilkins, the Scottish star reveals that a switch-up in labels for her newest release The Human Demands reminded her of recording her first breakout record This Is The Life, which reached Number 1 on the Official Albums Chart in 2007.

"The fifth album felt great," she said, of any nerves approaching her new release. "I signed a new record contract with a different label. I'd been on the same label since the start of my career, I signed that deal when I was 18."

Amy's first four albums were all released by Mercury, Vertigo and EMI, she signed with BMG for the release of The Human Demands, and it's something she says sparked a lot of exciting new developments.

"Signing with a new label was actually great," she revealed. "It was so nice to see new faces and people with new, exciting ideas. The whole brainstorming part of it just felt really new and exciting."

"It gave me that feeling I had right in the beginning with my first album," Amy continued. "It all felt so fresh and different to me. With this album, I wrote some of the best songs I think I've ever written."

Human Demands is Amy's first album in three years, since 2017's Under The Stars. As it stands, all four of her previous albums have charted in the Top 10 of the Official Albums Chart. Since her 2007 debut, she has also logged two Top 40 singles with debut hit Mr Rock and Roll and This Is The Life. See Amy Macdonald's full history on the Official Charts here.