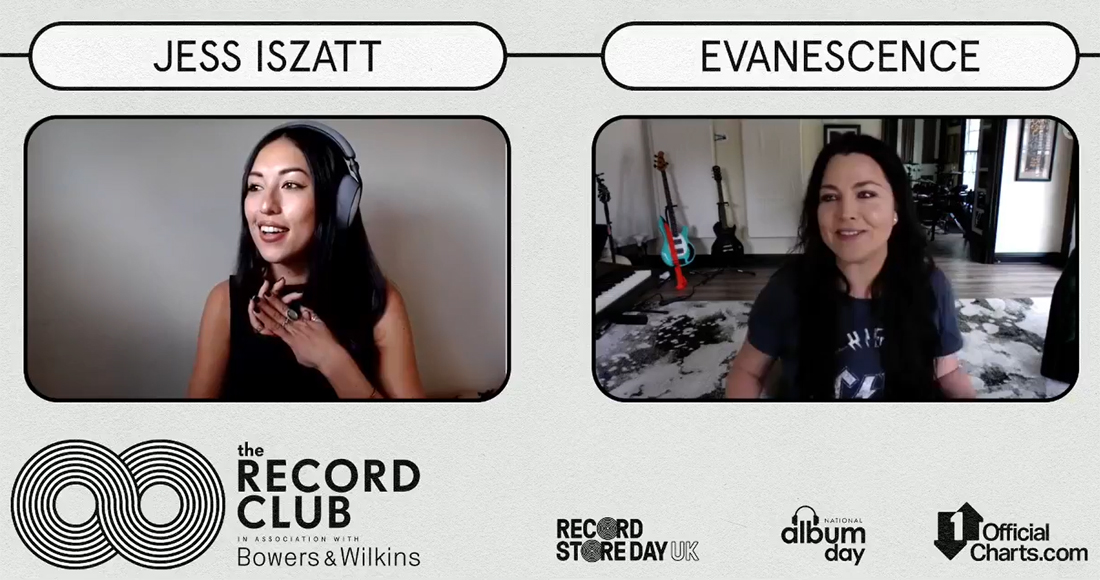 Amy Lee of Evanescence joined The Record Club with Bowers & Wilkins to talk all about the band’s fifth studio album, The Bitter Truth.

The Bitter Truth entered at Number 4 on the Official Albums Chart last month, and topped the Official Rock & Metal Albums Chart - which The Record Club's host Jess Iszatt celebrated with Amy before asking how it feels to maintain such a strong fanbase almost two decades on from the release of their debut album Fallen.

"I just feel a huge gratitude to our fans around the world, we don't put out an album every year or every other year, it's pretty few and far between for us so a lot goes into it so it truly is a special event when it happens. But over and over again, this humbling gift the way that our fans have been there for us in these long times between new music."

She continued, "one of the things I'm most grateful for in my life is the ability to do what we do, and after all this time there's a new appreciation for it that I wouldn't have been able to have.

"The fact that I get to do still it, to still get up on the stage, still make the music and put it out, it's something I will never take for granted - so thank you."

Watch the full interview back below.

Elsewhere in the interview, the pair chatted about Evanescence's upcoming Record Store Day releases, plus Amy offered some advice to her younger self and other women finding their way in the music industry.