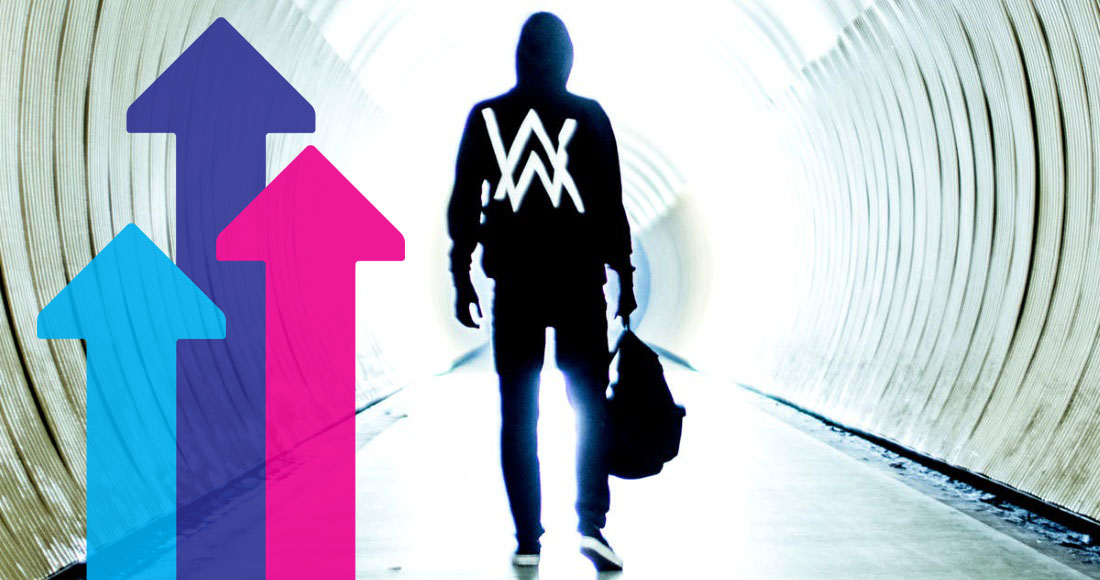 Alan Walker has hit Number 1 on this week's Official Trending Chart with Faded.

The 18 year-old Norwegian producer tops the list of songs making a big impact in the UK as the track looks set to hit a new peak on the Official Singles Chart this Friday (April 1), currently up six places from last week at Number 12.

First released in December, Faded has enjoyed a slow but steady climb up the Official Chart, first entering at Number 91 eight weeks ago in February. See its full chart run here.

Walker said: "I released Faded in December and it's such a success, first in the Nordics but now it is picking up all over the world. It’s hard to grasp, overwhelming really."

Meanwhile, DNCE's Cake By The Ocean and Roses by Chainsmokers makes strong entries on this week's trending Top 20. Both continue to make strides on the Official Singles Chart, up four and six places respectively from last week.

Meghan Trainor also features prominently on this week's Official Trending Chart. Her latest single No has been steadily building momentum since its release earlier this month and looks set to make its Top 40 debut this Friday, currently at Number 32.

Further down the trending chart, there are entries from Jay Sean with his Sean Paul collaboration Make My Love Go and DJ Snake's Middle, which features singer Bipolar Sunshine.

Finally, two Zayn tracks - Like I Would and She - feature on the Top 20 following the release of his debut album Mind Of Mine last week. The collection is currently on course to take the top spot on the Official Albums Chart this Friday.