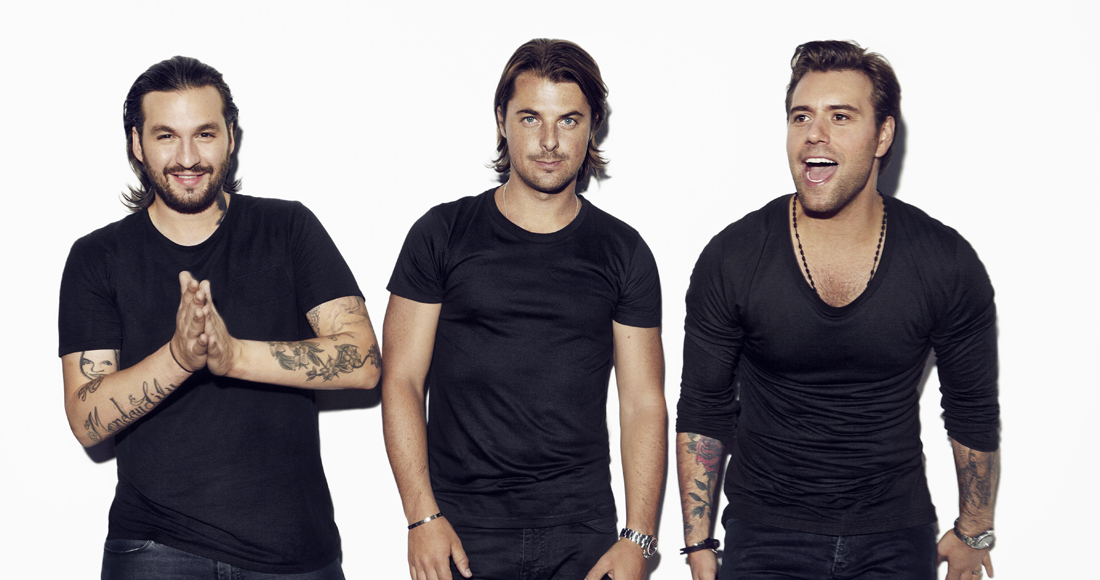 Adele’s Skyfall is likely to be held off Number 1 for a second week running as Swedish House Mafia’s Don’t You Worry Child FT John Martin is on course to top the Official Singles Chart this Sunday.

The Scandinavian DJ supergroup, who announced in June that they will be going on an indefinite hiatus after they complete their current touring commitments, are currently outselling Adele’s theme tune to the upcoming James Bond film of the same name, by nearly 22,000 copies at this mid-way stage. If Don’t You Worry Child can maintain its lead through to Sunday’s final whistle, it will give Swedish House Mafia their first Official Singles Chart Number 1 single and fifth Top 10.

Meanwhile, Adele’s Skyfall is poised to become the highest charting Bond theme since Duran Duran’s 1985 single, A View To A Kill, which also reached Number 2. To date, no Bond theme has ever reached Number 1 on the Official Singles Chart.

Rihanna’s Diamonds, which debuted at Number 1 on Sunday’s chart, is heading down two places to Number 3, while Psy’s Gangnam Style is at Number 4. Leona Lewis looks set to go Top 5 with new single Trouble (5), which is taken from her eagerly anticipated third album, Glassheart, out next week.

Maroon 5’s One More Night, which kept Psy’s Gangnam Style off the top of the US’ Billboard Hot 100 singles chart last week, is on course to make its Top 40 debut at Number 26. South London electronic duo Disclosure look set to make their Official Singles Chart Top 40 debut this weekend at Number 39 with Latch FT Sam Smith.

Meanwhile, following Carolynne Poole’s controversial exit from the X Factor last weekend, Faith Hill’s There You’ll Be and Nicki Minaj’s Starships, which were both performed on the show by the reality TV hopeful, re-enter at Number 36 and Number 37, respectively.