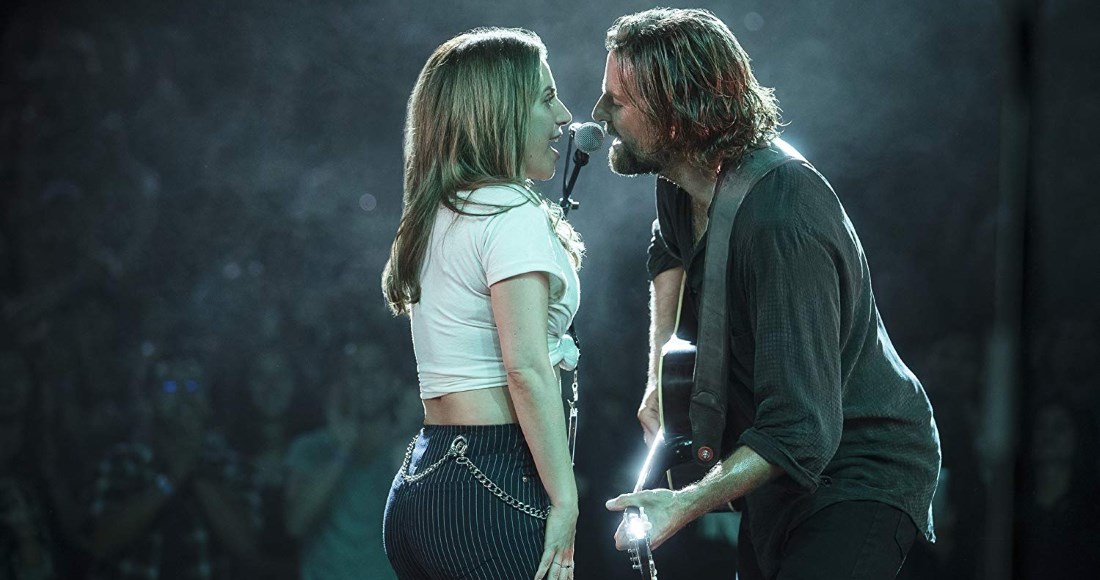 Lady Gaga and Bradley Cooper find fame on the Official Film Chart as A Star Is Born debuts at Number 1.

The hit musical drama, which has been nominated for eight Oscars, hits the chart pinnacle and in doing so matches the peak of the Motion Picture Cast Recording for the film which reached Number 1 on the Official Albums Chart and has so far spent a total of 15 weeks in the Top 10.

The triumph means Queen biopic Bohemian Rhapsody has to settle for the Number 2 position through being available on downloads only (available on disc from March 4). Telling the story of the iconic band and its frontman, Freddie Mercury’s rise to fame, it’s another potential big winner at the Oscars this Sunday (Feb 24) with five nominations.

Previous chart-topper Venom drops two to Number 3; Halloween (2018) makes a terrifying debut, slashing in at Number 4 on digital downloads alone; Johnny English slides three spots to Number 5; The House With A Clock In Its Walls drops to Number 6.

Another spooky sequel, Goosebumps 2: Haunted Halloween, lands at 7 on its first week of release through downloads only.  The Greatest Showman twists and tumbles down to 8, and The Predator lands at 9. Finally, Kevin Hart and Tiffany Haddish laugh their way back into the Top 10 as Night School climbs one place to return to the countdown at 10.