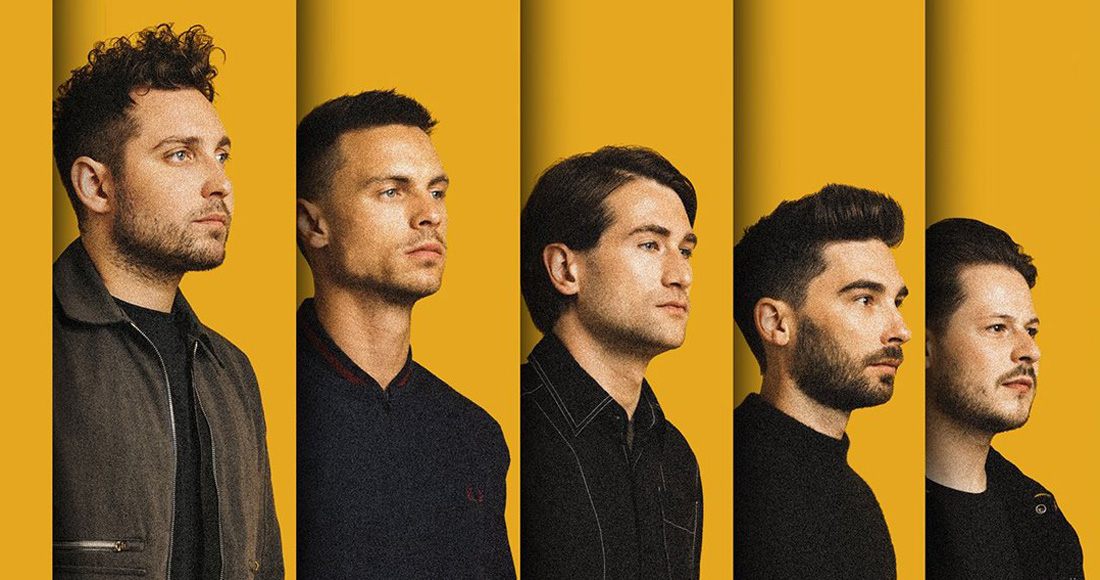 Get ready for a brand new sound from You Me At Six. Guitarist Max Helyer has revealed the band have embraced big pop sounds on their upcoming album.

The British band's sixth record - called VI - isn't out until October 5, but speaking at the final of Fender's Undiscovered Artist Of The Year 2018, Max told us the album is ready to go and will reveal a whole new side to the band.

"Thirteen years of being a band and somehow this album feels so fresh - it feels like we're a brand new band again," he said. "I don't know if that's because these songs are a little bit different and we've really pushed ourselves to try and do something people wouldn't expect us to do.

"The music scene is very urban-focused at the moment. If you listen to this new You Me At Six album, you'll hear influences from The Weeknd, Two Door Cinema Club, Jess Glynne. It might be different, but all that's ever mattered to us great songs, great melodies and great hooks.

"You may have heard You Me At Six songs but you've not heard anything like the music we've made for VI." Watch an advert for the album, featuring new songs Fast Forward and 3AM, below:

VI arrives after last year's Night People, an album Max admits reflected a difficult and unhappy period for the band. "When we've played this record to friends and family, the one thing they all say is, 'you sound happy again'," he explained. "We went through this patch where we weren't happy because it what happens behind closed doors, but this record is pure fun."

Anticipating the reaction from longtime fans' of their new sound, Max said the secret to their longevity is in singer Josh Franceschi. "He's the glue in our band and he really defines the You Me At Six sound because his voice is so distinctive, where it allows the rest of us as musicians to try different things.

"My favourite artists are the ones that are always evolving and doing something different - not those that make the same album three or four times. I'm so excited to release this album because we're all so proud of it."

Max was on the judging panel for this year's Fender Undiscovered Artist, which saw Southampton duo Lucas and King win with their '60s blues/pop sound.

"We decided on Lucas and King because we really did something different," Max said. "It was like Lana Del Rey meets Gwen Stefani with the essence of Amy Winehouse. It enchanted me. They deserved to win."