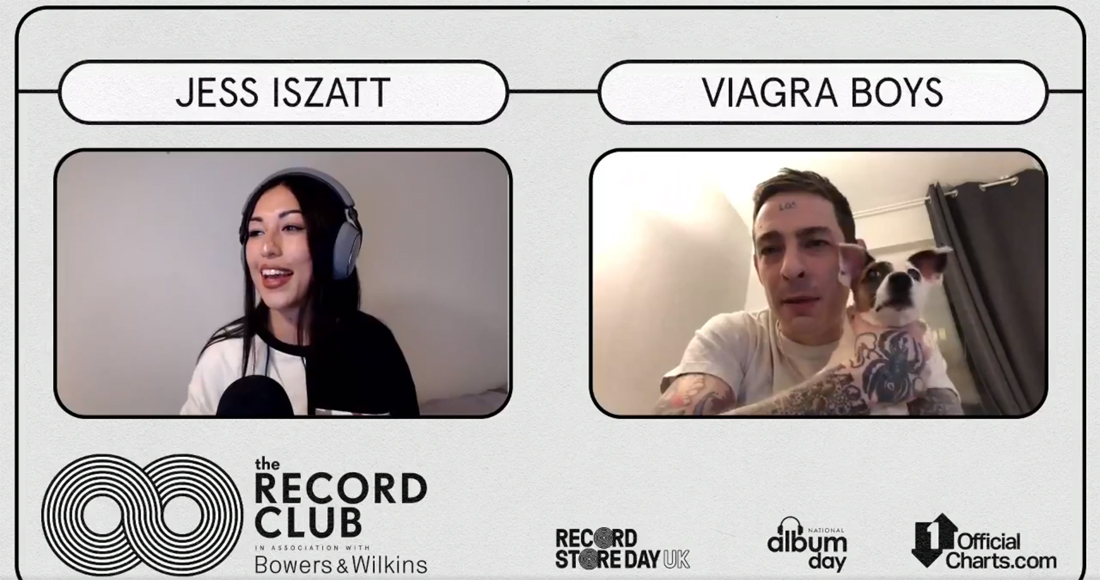 Viagra Boys' frontman Sebastian Murphy discussed the inspirations behind the band's new album Welfare Jazz on the latest episode of our livestream series The Record Club.

Discussing the record's artwork, which features a pianting by the singer and lyricist of a cowboy giving therapy to a dog, he said: "The record has this cowboy theme to it, in a way."

Asked why the punk-rock record's final track is a cover of In Spite Of Ourselves by country music legend John Prine, Sebastian explained he was embracing the genre following a breakup.

"At the time of recording that I was just listening to a shit load of country and I'd recently broken up with my my girlfriend," he said. "There was all these great country lyrics about getting left and hit in the road and just doing something new, not being phased by it - I just wanted to embrace that feeling I guess.

"If I ever do a solo project I think it'll be a country album."

Watch the full episode of The Record Club with Viagra Boys below:

Welfare Jazz is on course to debut in this week's Official Albums Chart Top 40. See how the band fare this Friday at 5.45pm, or listen live to Radio 1's Official Chart with Scott Mills from 4pm on Friday.

The Record Club in association with Bowers & Wilkins is a series brought to you by Official Charts, Record Store Day UK and National Album Day, which takes place every other Wednesday at 6.30pm BST. Catch up on previous episodes here, including Doves, Future Islands and Amy MacDonald.