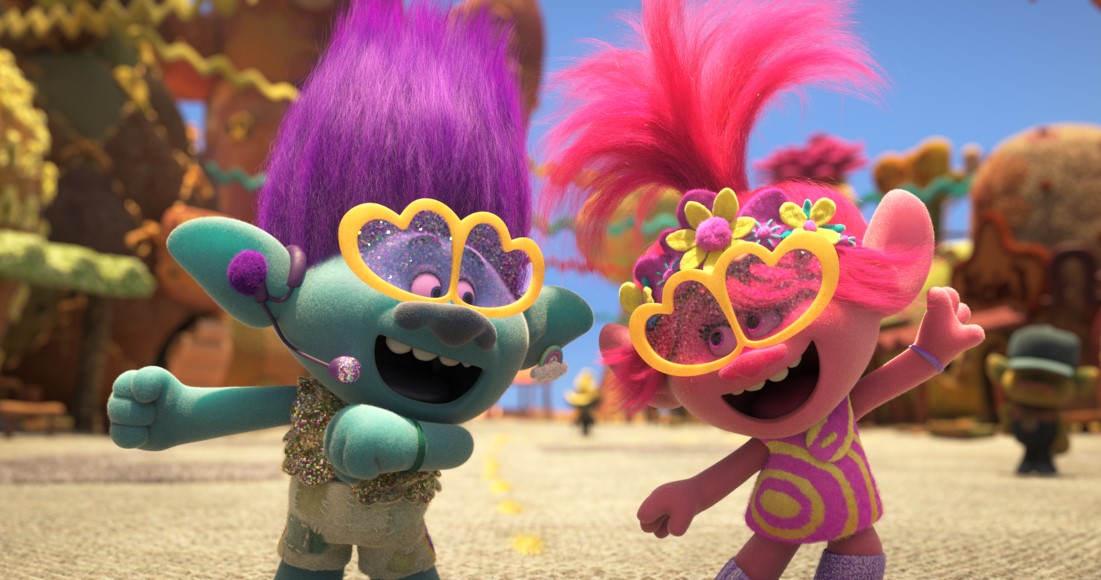 It seems nothing can stop Trolls World Tour as the film holds on for a fourth week at Number 1 on the Official Film Chart.

Now the longest-running Number 1 of 2020, Trolls World Tour has lasted longer at the top of the chart than smash hits Frozen 2 and Star Wars: The Rise of Skywalker which each enjoyed three weeks at the chart peak.

In at Number 2 this week, Onward flies 16 places to return to its previous high position, just ahead of the week’s biggest new entry at Number 3, Star Wars: The Empire Strikes Back. Empire takes the place of its precursor, A New Hope, following a limited edition SteelBook release of the film.

Another huge climber Spies in Disguise zooms 23 places to its previous peak of Number 4; the animated film starring the voices of Tom Holland and Will Smith sees an internationally-renowned spy Lance Stirling (Smith) accidentally turned into a pigeon by a genius but socially awkward tech officer (Holland) – as the two work together to change Stirling back and save the world.

Jumanji: The Next Level jumps two to Number 5, as Frozen 2 drops to Number 6 and Sonic the Hedgehog lands at Number 7.Terminator: Dark Fate is the highest climber of the week, storming all the way up 31 places to Number 8; 1917 drops four to 9 and Joker finishes at Number 10.

Elsewhere in the Top 20, Deep Blue Sea 3 (11) is up one, while Four Kids and It – a children’s fantasy film based on a Jacqueline Wilson novel – enters the Official Film Chart for the first time at Number 15.

This week’s Official Film Chart features a preview of comedy-drama Come As You Are, starring Precious’s Gabourey Sidibe, available to buy on DVD from August 17.