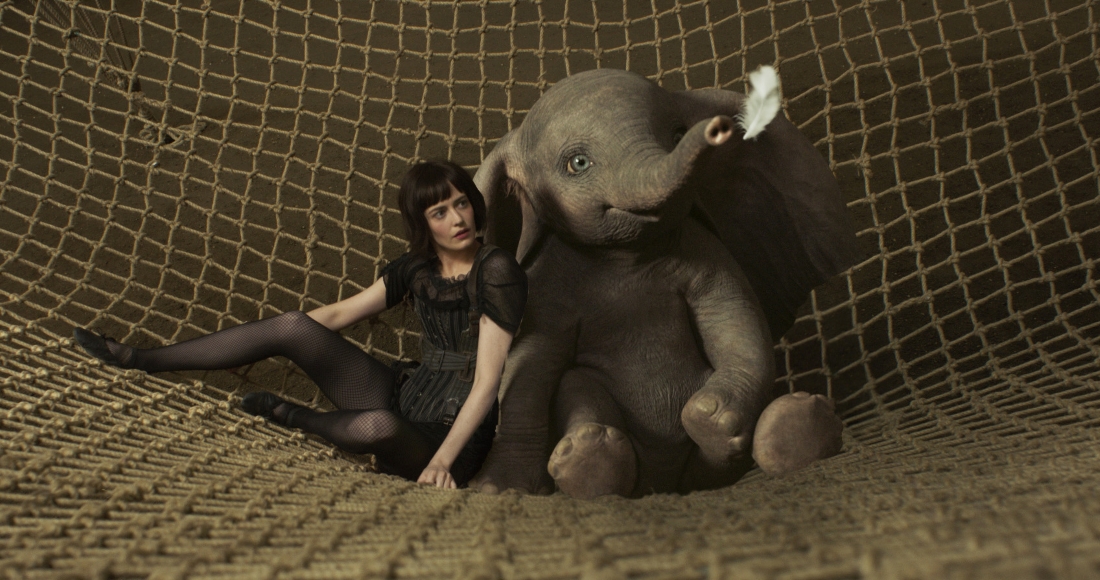 Tim Burton’s live-action Dumbo hovers in the Number 1 spot for a second consecutive week, more than doubling the sales of its closest competitor.

Keeping Captain Marvel (2) and Shazam! (3) at bay, the re-make of the Disney classic sees Michael Keaton and Danny DeVito reunite with Tim Burton; the trio last worked together on Batman Returns in 1992.

Hellboy (2019) is the week’s highest new entry at Number 4, based on just two days’ worth of digital downloads. A reboot of Mike Mignola’s graphic novel, this action-fantasy sees anti-hero Hellboy caught between the supernatural and human worlds and forced to battle an ancient sorceress hell-bent on revenge. The film stars Stranger Things’ David Harbour as the eponymous character.

Animated adventure Missing Link enters the Top 10 for the first time following its release on disc; zooming up 16 places to Number 6. A Star Is Born returns to the Top 10 at Number 10.

The action-packed flick was recently announced as the highest-grossing film of all-time and is a strong contender for Number 1 on the Official Film Chart upon release.