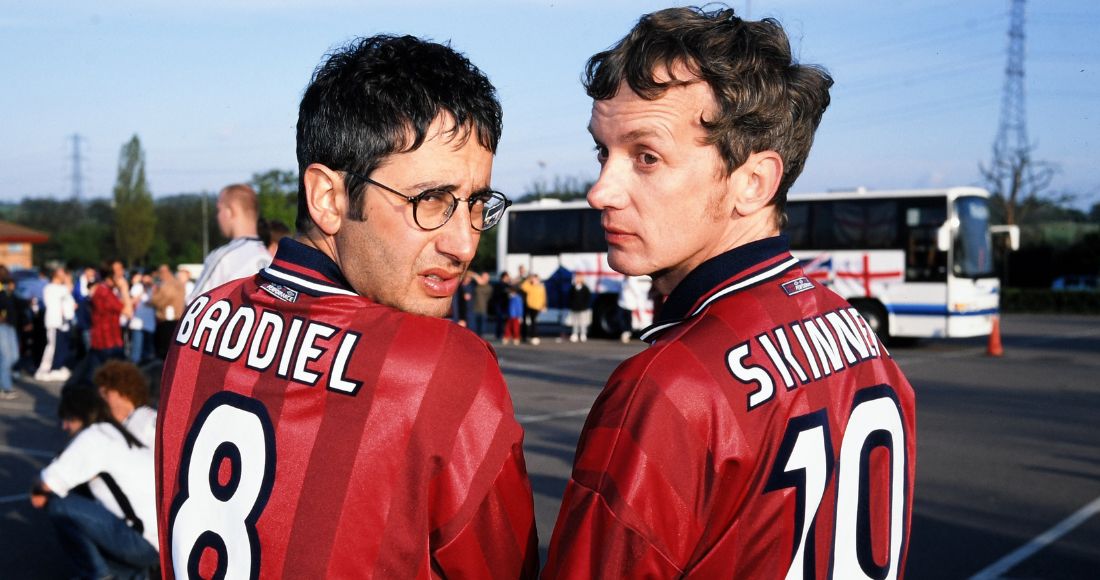 It's been confirmed that a new version of Frank Skinner, David Baddiel and The Lightning Seeds' UK Number 1 single and country-wide footballing anthem, Three Lions, is getting a new version for the 2022 World Cup.

Originally released in 1996 to coincide with England hosting Euro '96,a little re-swizzle for the 1998 World Cup saw the anthem top the Official Singles Chart and experience a massive surge in popularity whenever England decides to actually do well at football again.

Appearing on Absolute Radio this morning, both Frank Skinner and The Lightning Seeds' Ian Broudie confirmed that a 2022 re-vamp is not only in the works, but actively being prepared for, with a music video apparently being filmed this week.

"I’ve gotta ask you Ian, are you going to do a new version of ‘Three Lions’ for the World Cup? I think it’d be good, it’s an unusual sort of World Cup," Skinner asked in a little skit.

MORE: The story behind Three Lions

Broudie - who co-wrote the original song with Skinner and Baddiel - answered: "We should have a chat about that maybe."

You better get a move on then, lads!

In 2018, following England's success in reaching the Semi-Finals of the World Cup, Three Lions reached Number 1 on the Official Singles Chart for the fourth (!) time, 22 years after it had topped the charts for the first time.

This helped the trio of Baddiel, Skinner and Lightning Seeds to break a UK chart record; the first time a song has held four stints at Number 1 with the same artist line-up; the original 1996 version had two one-week stints in 1996, while the 1998 re-work had one three-week spell at the top.