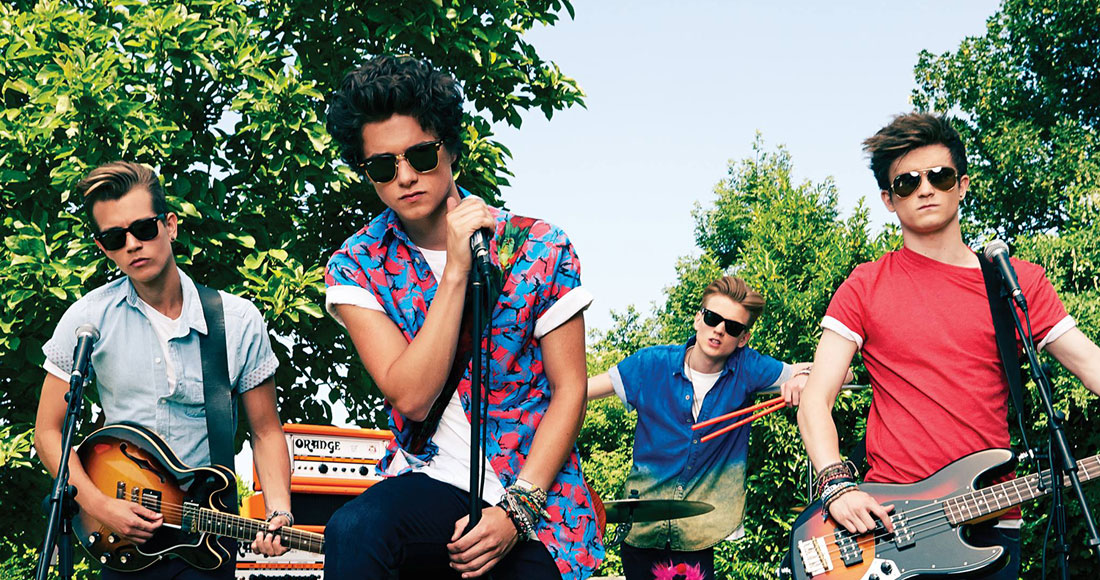 Newcomers The Vamps look set to end Jason Derulo’s two-week-stand at Number 1 on the Official Singles Chart this weekend, the Official Charts Company can reveal.

The band came together when James got in contact with Bradley after watching his cover versions on YouTube. A year later, they met Tristan via Facebook and were introduced to Connor by a mutual friend. They started uploading covers to YouTube last year, which lead to a record deal with Mercury Records and a support slot with Selena Gomez on the UK leg of her Stars Dance Tour.

300,000 YouTube subscribers later and support slots with the likes of McFly and Selena Gomez, the buzz is certainly building for The Vamps - and it is clearly translating to downloads. Can We Dance is currently outselling its closest competitor, OneRepublic’s Counting Stars (Number 2) by more than 13,000 copies at this midway stage.

The Vamps - Can We Dance on MUZU.TV.

This week’s Official Singles Chart Top 5 is completed by Jason Derulo’s Talk Dirty (Number 3), Katy Perry’s Roar (Number 4), and Chase & Status, who are new in at Number 5 with Count On Me FT Moko.

Dizzee Rascal rockets into the Official Chart Update Top 10 at Number 10 with his latest single, Something Really Bad FT Will.I.Am. The track is taken from his new album, The Fifth, which is also set to debut in the Official Albums Chart Top 10 this weekend.

Nelly looks set to score his 24th Top 40 hit this weekend with Get Like Me FT Nicki Minaj and Pharrell Williams (16), while former X Factor star Lucy Spraggan returns to the Top 20 with a re-recorded version of Last Night (Beer Fear) (Number 19). The original version of the track peaked at Number 11 on the Official Singles Chart last September before Lucy was forced to pull it off sale ahead of her appearance on the 2012 series’ live shows.

And finally, Jason Mraz’ I Won’t Give Up (12) and Emeli Sande’s Clown (37) rocket back into the Top 40 following performances on last weekend’s X Factor shows.