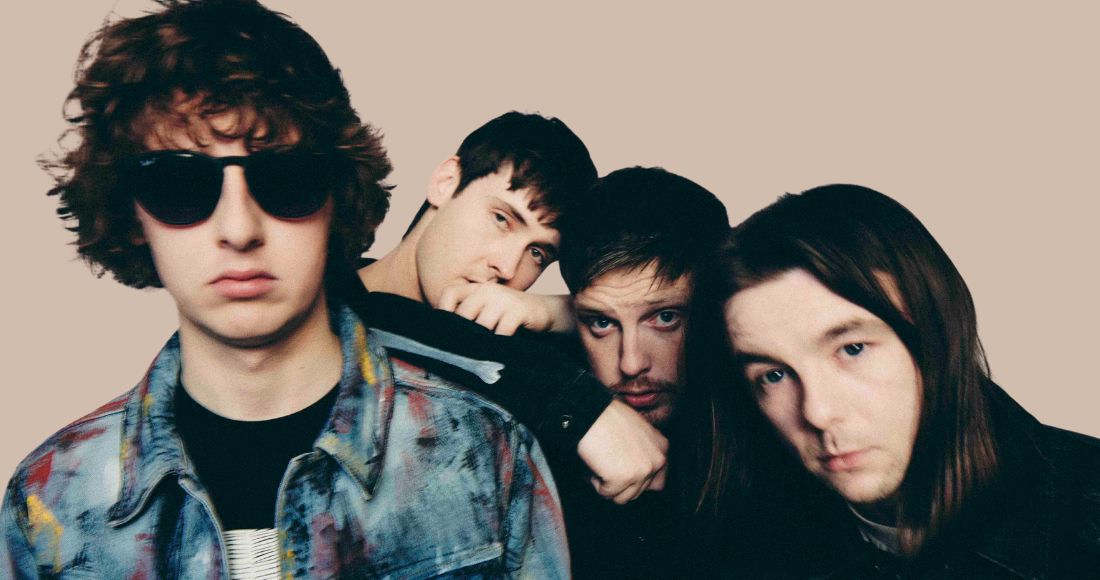 The Snuts have been in this position before.

In 2021, the Scottish indie-rockers were in the midst of a very close battle with Demi Lovato to top the Official Albums Charts. In the end, The Snuts would win out, debuting at Number 1 with debut album WL. (And with less than 300 chart units in it!)

Now, we found ourselves in very familiar territory as Jack, Callum, Joe and Jordan now face down stiff competition from George Michael and Slipknot to score their second chart-topping album in the UK.

"We're feeling good about our chances," vocalist Jack tells us over the phone as the band finish a night in Bristol on tour. "We've got a really great fan base. They've done it for us before!"

The release of Burn The Empire comes little over a year after WL debuted at Number 1 in the UK, so the band work fast. It's also nice for them, Jack says, to experience real-life, in-person promotion with fans for the first time.

"There's something to be said for the internet," Jack tells us, "it was important for us [to build the fanbase last year[, have people come down to the record stores and the shows, you get that one-on-one reaction that you crave as an artist.

"You can actually see it, rather than just over the internet."

If the nerves are showing for another chart battle, then it's definitely not showing on Jack - he sounds energised and ready to go. We point out to him that if, a week ago, you'd said to us that George Michael, Slipknot and The Snuts would be battling for the UK's Number 1 album, we probably wouldn't have believed you.

"I feel like Slipknot are our real competition," Jack reveals. "And we're ready! We actually just got 20 Slipknot masks delivered, we're going to wear them at our next gig."

While the foursome battle it out for Number 1 this week, it's also good to point out that we've been seeing a lot of Scottish artists around these ends lately; whether that be chart-topping DJs LF SYSTEM, or the big return of Lewis Capaldi...what's in the water in Scotland, recently?

Telling us that the boys from LF SYSTEM and even Lewis Capaldi himself all emerged in maybe "a 15 mile radius" from The Snuts themselves, its something Jack hopes can be inspiring to the next generation of Scottish musicians.

"When we first started off and see Lewis absolutely kill it, seeing that somebody like us could succeed like that, it made us more ambitious," Jack explains. "It's so important for young people, there's some great musical things happening in Scotland now, and we're proud to be a part of that, if we are."

Burn The Empire is out now via Parlophone.