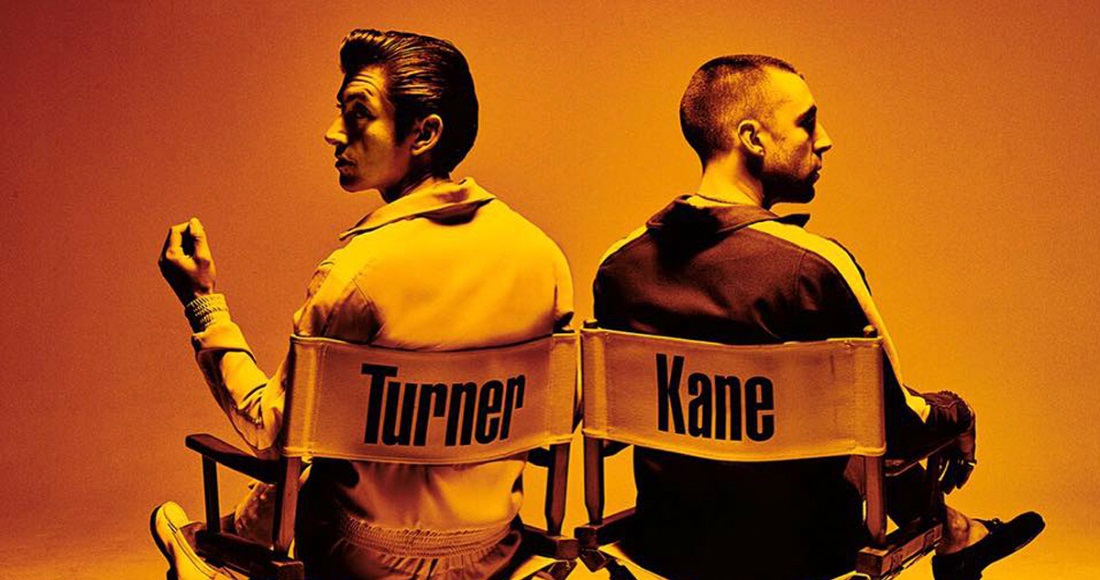 The Last Shadow Puppets are pulling the strings of the Official Albums Chart this week – they’ve scored their second Number 1 album with their latest effort Everything You’ve Come To Expect.

The near-decade long wait for new material from Arctic Monkeys' Alex Turner and The Rascals' Miles Kane didn't result in a sophomore slump, with the duo outselling the runner-up record by over 6,000 copies.

Everything You've Come to Expect follows their debut collection The Age of Understatement, which debuted at Number 1 just shy of eight years ago. The new album is Miles' second chart topper, and Alex's seventh consecutive Number 1 studio album counting his with work Arctic Monkeys.

Nearly a quarter of the album’s sales this week were on vinyl (7,300 copies), outselling the first week vinyl sales of Arctic Monkeys’ AM by just over 2,000 – a record that has gone on to become the biggest selling vinyl of the decade.

Adele's 25 enjoys a nineteenth week in the Top 5, falling two places to Number 4. Rounding out the Top is Kentucky from Black Stone Cherry, the group's second Top 5 release.

Classical star and broadcaster Aled Jones enters just shy of the Top 5, with One Voice debuting at Number 6. The release is Aled's first Top 10 album in 31 years, after his second studio album Walking in the Air got to Number 5 back in 1985.

Japanese rock idol trio Babymetal score their first Top 40 album - Metal Resistance is at 15. Consisting of Moa Kikuchi, Suzuka Nakamoto and Yui Mizuno, Babymetal are the highest charting Japanese band in Official Albums Chart history. They were also the first Japanese act ever to headline Wembley Arena just last week, breaking the record for the highest sales of merchandise for a one-day event in the history of the venue.

Further down the chart, Mogwai's Atomic starts at 20, Weezer's self-titled release enters at 24, Very Rarely Say Die from Sunset Sons settles at 25 and Sasha's Scene Delete is a new addition at 34. Two more albums also enter the Top 40: The Heavy's Hurt & The Merciless is at 36 and Explosions in the Sky's The Wilderness is at 39.

>Check out this week's Official Top 100 Albums Chart in full

Remind yourself of every Number 1 album of 2016 so far below: