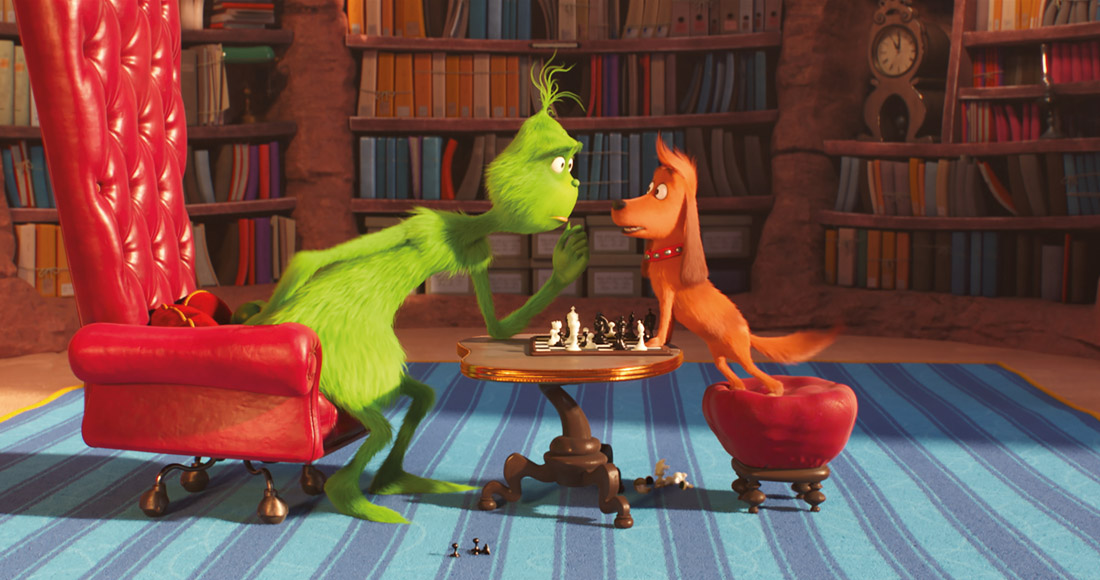 The Grinch takes Number 1 on the Official Film Chart this week for the very first time as the festive season officially begins.

The 2018 animated film starring Benedict Cumberbatch as the mean green character sees strong digital download sales this week, climbing three places to steal the Number 1 trophy from Shang-Chi & The Legend Of The Ten Rings (2). It’s the first time the film has claimed the top spot, though it’s actually its 32nd total week on the Official Film Chart including having reached the Top 10 last year.

The Suicide Squad and Paw Patrol: The Movie both move down one place, while Jim Carrey’s live action Dr Seuss’ How The Grinch Stole Christmas leaps nine places to Number 5 to return to the Top 10 for another year.

This week’s highest new entry is Arsene Wenger: Invincible – a documentary about the legendary manager who spent 22 years at Arsenal FC, and made it the success it is today. The film debuts at Number 6 with strong sales on DVD, Blu-ray and 4K UHD.

Black Widow holds at Number 7, while Fast & Furious 9 brakes at Number 8. Will Ferrell classic Elf moves up one place to Number 9. Finally, Space Jam: A New Legacy returns to the Top 10 at 10 after rebounding up six places.