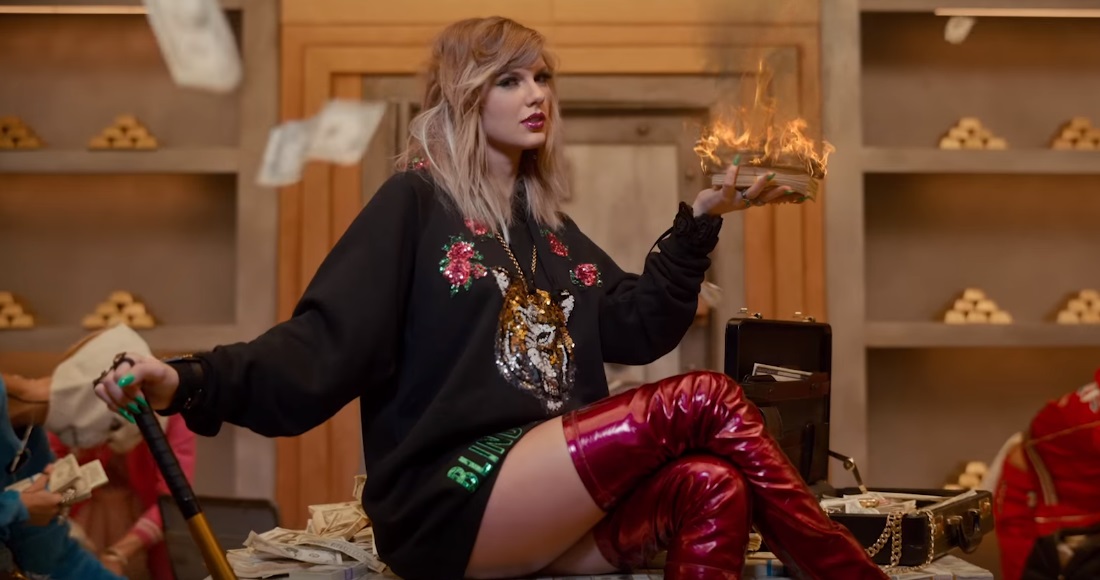 Taylor Swift’s ‘reputation’ on the Official Chart is set to become even more glowing this week as she sets course for her third Number 1 album.

The singer-songwriter’s sixth studio album is leading the way on today’s Official Chart Update and could exceed 100,000 sales this week, currently at just over 65,000 three days after it went on sale.

Reputation is currently outselling its closest competitor, Sam Smith’s The Thrill Of It All, by more than double. The album, which claimed the top spot last week, drops to Number 2.

Meanwhile, British rock band Shed Seven could claim their highest charting album yet this week as their fifth studio album, Instant Pleasures, starts at Number 3 on today’s update, while Michael Ball & Alfie Boe’s Together Again (4) and Roy Orbison’s A Love So Beautiful (5) round out the Top 5.

Three more albums are on course to debut inside the Top 10 on this week’s Official Albums Chart: Tears For Fears’s Rule The World – The Greatest Hits is at 6, Elton John best of Diamonds is at 7, and The Corrs could earn their seventh Top 10 album with their new collection Jupiter Calling (10).

Cliff Richard is set to claim his 63rd Top 40 album with retrospective Stronger Thru The Years currently at 13, while Evanescene’s fourth collection Synthesis (14), Bradley Walsh’s When You’re Smiling (15) and Seal’s Standards (16) are all eyeing at Top 20 placing.

MORE: All the big albums still to released in 2017

Further down, the Kidz Bop Kids 2018 collection opens at 25, a special 25th anniversary edition of REM’s Automatic For The People starts at 28, actor/TV presenter/singer Shane Richie is set to claim his first Top 40 album with A Country Soul currently at 29, and remastered box set of Metallica’s 1986 album Master Of Puppets is at 30.