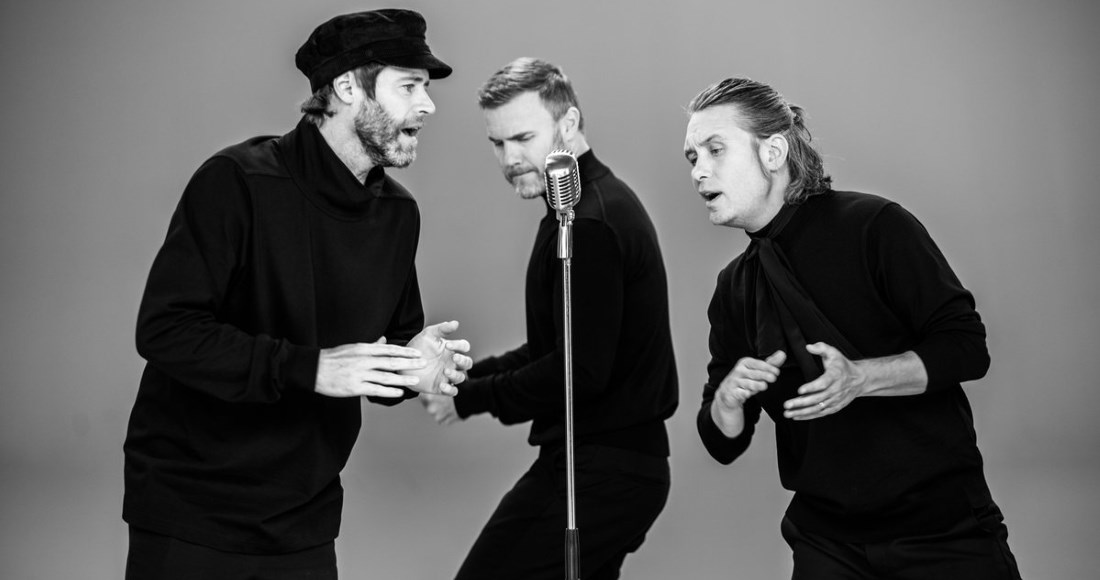 Take That are dominating this week's Official Chart Update with their new album Odyssey.

The reimagined greatest hits record celebrating their 30th anniversary is Number 1 at today's midweek mark, outselling the rest of the Top 5 combined. Having accumulated 89,400 combined sales, the album is already the year's fastest-selling artist album. The fastest-selling album overall is NOW 100, which shifted 176,600 units in its first seven days on sale.

Odyssey will be Take That's eighth chart topper in the UK should it hold onto its lead, and will outperform their previous release on the chart, 2016's Wonderland. Despite shifting over 100,000 sales in its first week, it peaked at Number 2 behind Ed Sheeran's ÷, which was released the week prior. View Take That's full UK chart history, including 12 Number 1 singles.

Cliff Richard is on track for his highest charting album for 25 years, as Rise Up sits at Number 2 today. Elsewhere in the Top 5, Alfie Boe is on the cusp of collecting his fifth Top 10 album as a soloist - As Time Goes By is at Number 5.

Rita Ora occupies the Number 6 slot today with her first album in six years Phoenix, while Unchained Melodies, Roy Orbison’s second posthumous album with the Royal Philharmonic Orchestra, is just behind at 7.

Amy Macdonald retrospective Woman of the World is new at 32, ahead of Aretha Franklin hits package Queen of Soul (38) and the collaborative album from Jools Holland and Marc Almond titled A Lovely Life to Love (39).

Finally, over on the Official Compilation Albums Chart, NOW 101 is outselling the Top 10 combined, and is cruising to the Number 1 spot.