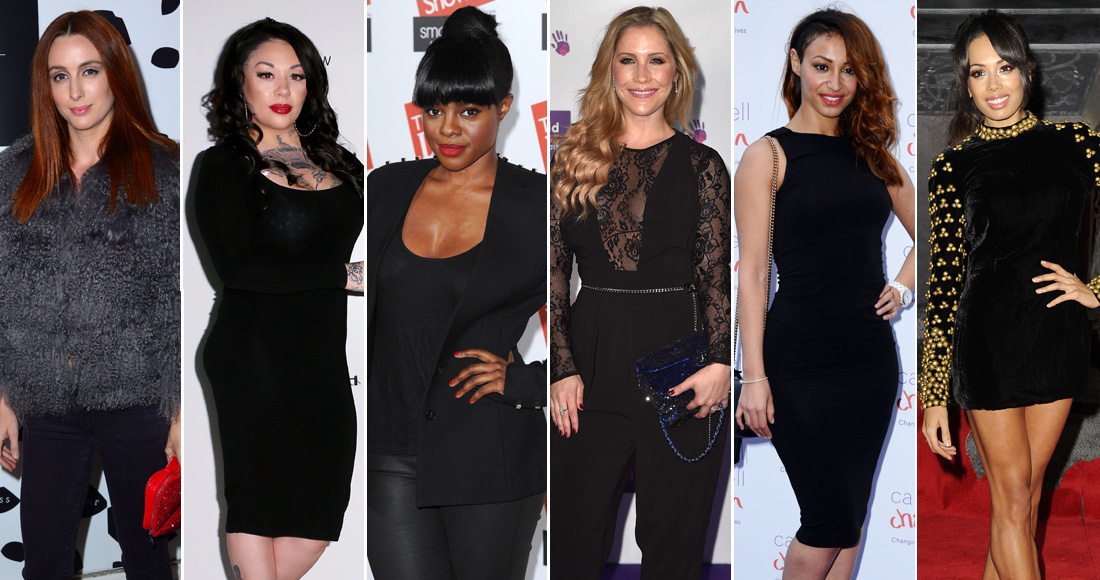 Sugababes are back! And we're talking about the original group: Mutya Buena, Keisha Buchanan and Siobhan Donaghy.

The first line-up may have been short-lived, but such was the power of their debut single Overload that, for girl group fans, they're impossible to forget.

Approaching 20 years since their debut, the trio have reformed for an appearance on DJ Spoony's new Garage Classical album; a collection of garage classics that - you've guessed it - have been re-worked with new orchestral arrangements and new vocalists. Sugababes have taken on Sweet Female Attitude's Flowers, originally a Number 2 hit in April 2000 - just five months before the release of Overload.

To celebrate, we're revealing Sugababes' Top 20 biggest songs in the UK, based on physical sales, downloads and streams. To date they've notched up 26 Top 40 singles in the UK, including six Number 1s. The full chart appears at the bottom of the page, but first, some highlights...

An often-forgotten gem in the Sugababes' discography, Run For Cover crystallised the moody, don't-even-try-it attitude of the original line-up. With lyrics about being an outsider and the suggestion of being in an abusive relationship, it's quite possibly group's darkest single across all line-ups.

The third line-up's first single, when Mutya Buena was replaced by Amelle Berrabah, still encapulates a lot of the group's original essence ("We're pulling the strings/ We're taking the lead"), albeit with a hefty layer of gloss applied to their sound, on this occasion by chief Girls Aloud collaborator Brian Higgins/Xenomania. Despite the member swap-out, Red Dress reached Number 4 on the Official Singles Chart in 2006.

After being pitted against each other for close to five years, Sugababes and Girls Aloud decided to settle the score with the biggest UK girl group battle of the century (?) by poking fun at their fan-driven rivalry for charity. Their cover of Run DMC and Aerosmith's Walk This Way was a curious choice, but it reached Number 1 and did its bit for Comic Relief. As for the winner of Sugababes vs. Girls Aloud? We're going for Sugababes - if only because Nadine was green-screened in to the video...

As far as debut singles go, Overload is up there with the very best. A melting pot of pop, soul, R&B and hip-hop mixed with surf guitar and a distinctive vocal (led by Siobhan Donaghy) immediately set them apart. It was classy but fresh, sophisticated yet commercial. It may not be one of the group's six Number 1 singles, reaching Number 6 on the Official Singles Chart, but the bar for them was set high.

When it comes to which Sugababes ballad is the best, there are two primary contenders: Stronger and Too Lost In You. The latter ranks significantly higher in their Top 20 countdown, placing fourth with 338,000 chart sales. Surprisingly, it only went as far as Number 10 on the singles chart - it was released during an incredibly competitive Christmas chart week - but its popularity endures thanks to its inclusion in the Love Actually film soundtrack. Written by pop's go-to woman for power ballads, Diane Warren, Too Lost In You is as goose-pimple-inducing as they come.

After founding member Siobhan left the group in 2001, Sugababes emerged a year later with a new member in Hedi Range and an even fiercer sound. Helmed by electropop producer Richard X, Freak Like Me was unusual at the time for being both a cover and a mashup: a re-work of Adina Howard's '90s R&B original with Gary Numan's '80s classic Are Friends Electric?. It earned the group their first Number 1 single and ranks third in their Top 20 with 353,000 chart sales.

Written by the group about Keisha's failed attempts at flirting with another singer, Push The Button saw Sugababes branch out overseas, teaming up with US hitmaker Dallas Austin (TLC, Pink, Janet Jackson). The result was a dancey and joyous singalong that stood out for its sparse electropop production, and even drew comparisons to ABBA. The song became the group's fourth Number 1, and is their second biggest single overall with 640,000 chart sales.

Sugababes had a tradition for delivering killer album lead singles and About You Now was no exception. Produced by Dr. Luke and co-written by Cathy Dennis, the track's perky production and fizzing synths pushed their sound into an electro-pop-rock territory that was big in the US at the time (see Kelly Clarkson's Never Again, Rihanna's Shut Up And Drive).  About You Now spent four weeks at Number 1 - their longest chart-leader - and to date has notched up 812,000 chart sales.