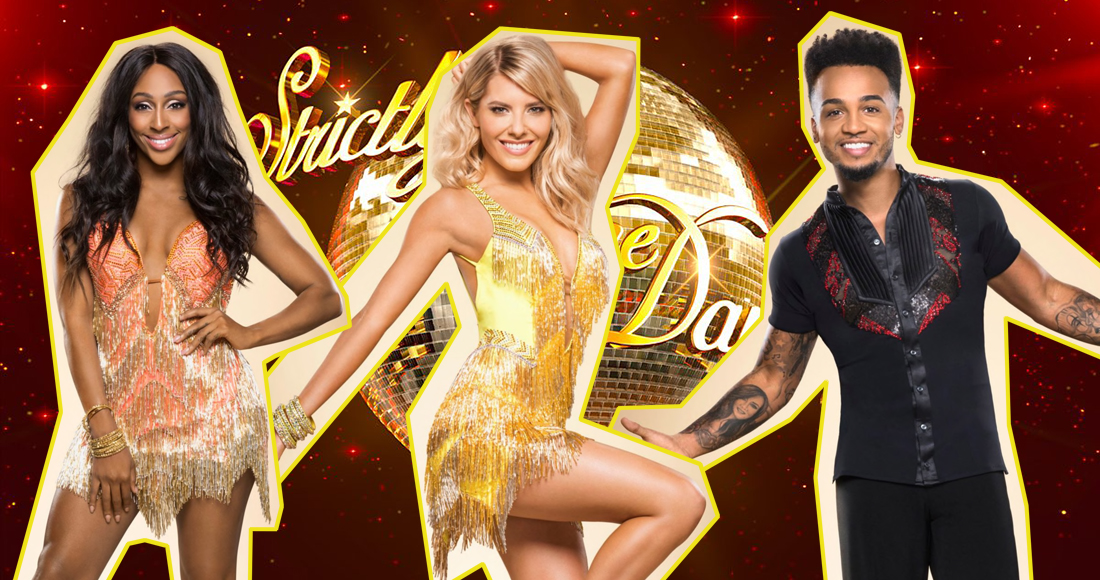 Saturday nights are about to get very sequin-heavy, as the celebrity dancing competition Strictly Come Dancing returns to our screens.

Kicking off this weekend with an introduction to this year's swivel-hipped stars before they all disappear into training for a few weeks, the show is a must for any armchair hoofers who love to critique celebrities' moves the comfort of their own home.

With dancing such a huge part of pop music, the Strictly ballroom has never been short of a few singing stars. Over the years we've seen Frankie from the Saturdays, Alesha Dixon (who won!), Peter Andre, Pixie Lott, Mica Paris, Destiny's Child's Michelle Williams, to name just a few, vying for the Glitterball trophy.

This year we're lucky to have three chart-botherers pirouetting for points on the dancefloor: The X Factor winner and West End music star Alexandra Burke; X Factor runner-up (the same year as Alexandra, but we're sure it's not awkward) Aston Merrygold from JLS; and another Saturdays' star Mollie King.

We can't guess who's going to cha-cha-charm the public into voting for them every week, but we can tell you how good their moves are when it comes to the Official Chart. We look at the stats behind their music careers so far.

Alex was the first ever X Factor winner to have her victory single, a cover of Leonard Cohen's Hallelujah, available for download immediately, and the single cleared a million copies in just four weeks. Alexandra scored eight Top 40 hits, of which six went Top 10, including three Number 1s: Hallelujah (Christmas Number 1 2008), Bad Boys (2009) and Start Without You (2010). Her debut album Overcome was a chart-topper, and follow-up Heartbreak On Hold reached 18.

Her single sales (excluding streams) top out at 3.3 million, with her biggest single being Hallelujah at 1.3 million. Overcome sold an impressive 825,000 copies.

Aston's boyband JLS may have had to settle for second place behind Alexandra in The X Factor in 2008, but they're ahead when it comes to number of hits. 12 Top 40s, with 10 going Top 10 and FIVE of those hitting the Number 1 spot: Beat Again, Everybody In Love (both 2009), The Club Is Alive, Love You More (both 2010) and She Makes Me Wanna, feat Dev (2011). This means Aston's had the most chart-toppers of any Strictly star this year. All four of their studio albums went Top 3, with their eponymous debut hitting the top for a week in '09.

MORE: See the full rundown of JLS hit singles and albums in the UK

FYI Alexandra and JLS once performed an amazing mashup of Bad Boys and Everybody In Love and we would quite like to see them do this again, thank you very much Strictly bigwigs:

As part of the Saturdays, Mollie notched up 18 (!) Top 40 hits over six years, with 13 of those going Top 10 and one, What About Us, feat Sean Paul, hitting the top in 2013. All but one of their six albums went Top 10, with Headlines their highest-charting, managing Number 3.

Mollie released solo song Back To You, which reached the Top 100 in 2016, and has teamed up with Xenomania for new song Hair Down, out this week.

MORE: See all The Saturdays' UK hit singles and albums in the archive

Best of luck to Alexandra, Aston and Mollie in this year's Strictly Come Dancing! May the twinkliest toes win!